Prices have gone up at their fastest rate in nearly 30 years - but there is worse to come, experts have warned.

Soaring food costs and the energy bill crisis drove inflation to 5.4% in the 12 months to December, up from 5.1% the month before, in another blow to struggling families.

And with gas and electricity costs set to rise further in the spring, analysts predict it will reach that level again.

Households have seen their energy bills kept in check by the government's price cap, which limits the amount suppliers can charge, but this is due to be revised on 1 April.

As a result, fuel bills could increase by another 50% in the next few months, the energy industry has said.

At the same time, there are signs that the high cost of food is proving too much for many people.

Richard Walker, boss of supermarket chain Iceland, said he was seeing an "alarming" rise in the use of food banks.

"There may be some people facing a choice between heating or eating. We're losing customers to hunger," he said.

He added that his stores served some of the UK's most deprived communities.

"Some of our customers only have £25 a week to spend on food, so they're already struggling to make ends meet," he said.

The latest rise was announced by the Office for National Statistics, which said increases in prices of furniture, food and clothing also contributed to December's rise in the cost of living.. 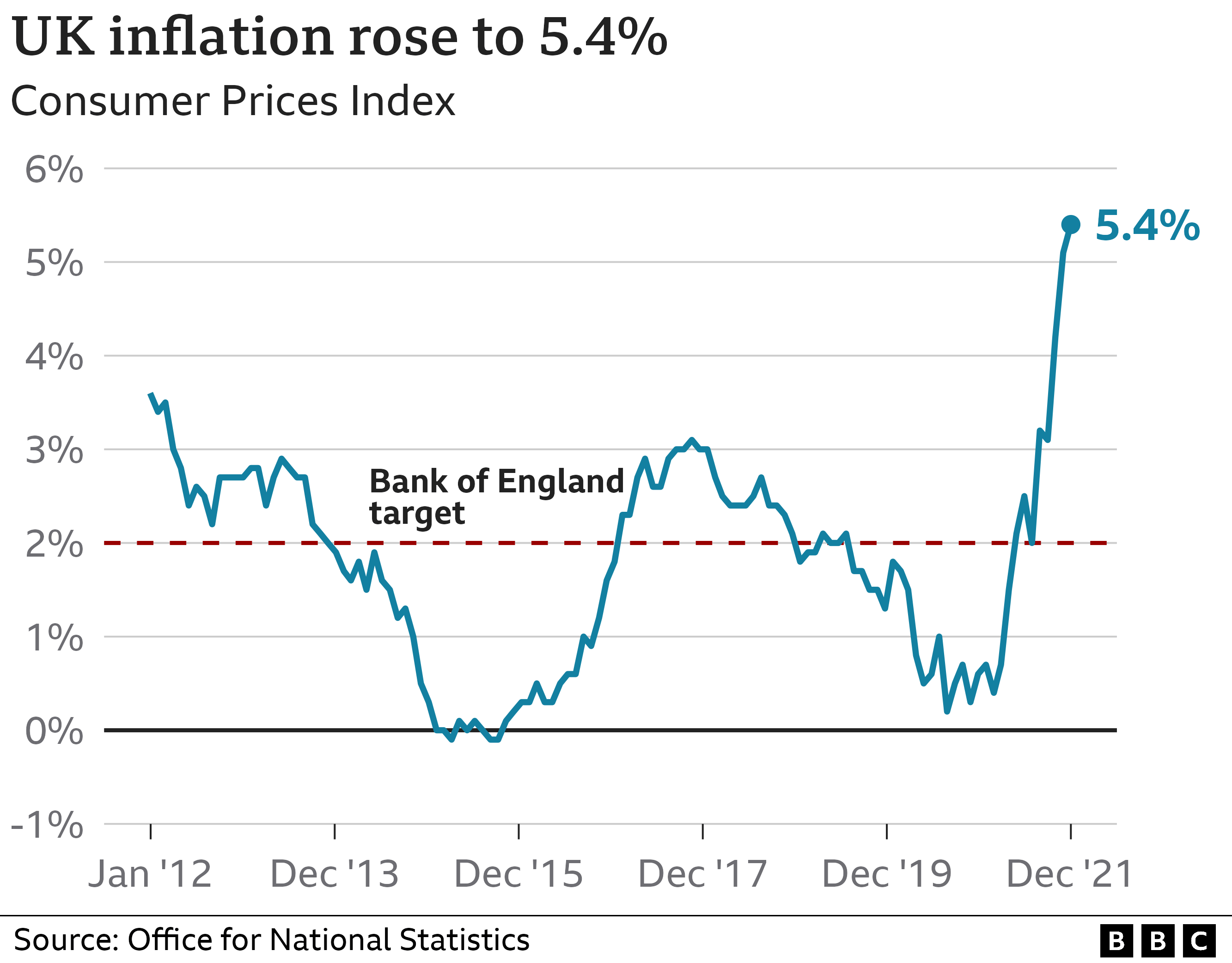 The latest figures will increase pressure on the government, already under fire over tax rises set to take effect in April.

They will also fuel calls for the Bank of England to raise interest rates in a bid to dampen consumer spending and bring inflation closer to its 2% target.