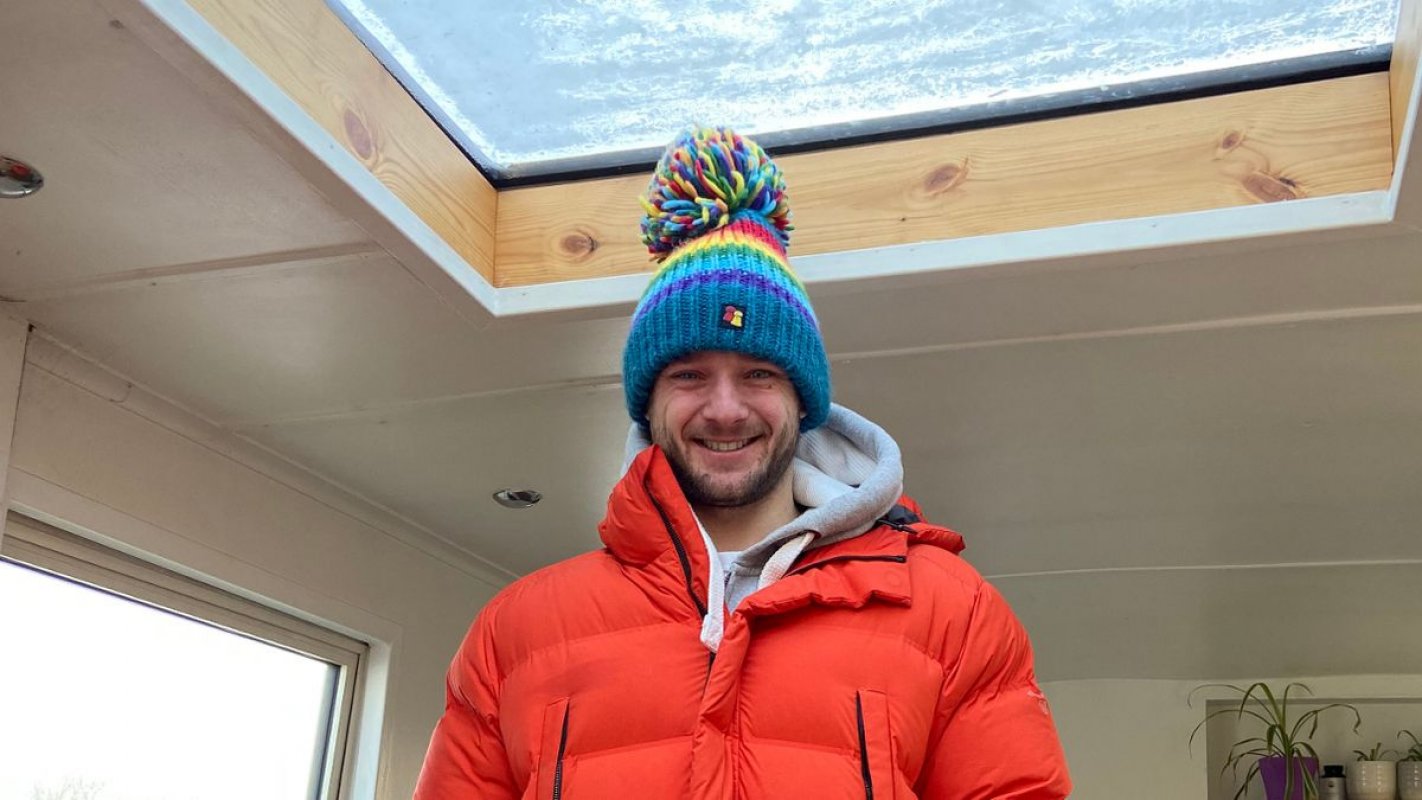 英國
'I love living on a barge, London prices are ridiculous and it feels like we're outside'

27-year-old man Lloyd Seaman, a business development executive from Northern Ireland, was gobsmacked by the costs of living in London after moving.

After forking out £900 a month for a houseshare in central London, he decided to see what other options there were to avoid extortionate rents.

But with London property prices even higher - he decided to use his savings to buy a 100-year-old Dutch narrowboat for £29,000 in September 2019.

He then spent over a year doing renovations for an extra £29,000 including labour costs, and now lives on the water in Cookham, Berks.

Along with his girlfriend, Ellie Williams, 29, he pays a £100 mooring fee a month, along with a boating licence and insurance for roughly an additional £100 per month.

The average selling price of a flat within central London is well over £1 million, meaning the couple has saved a huge fortune by investing in a home on the water.

Lloyd said: “Renting in London was just ridiculous, I was paying £900 a month for a room in a house share, and wouldn't know where to begin with the price to buy outright.

"It made more sense for me to buy a barge to live on.

"Mooring at Cookham costs £100 monthly, plus a boating licence and insurance for roughly an additional £100 per month.

“After that, the only other major running cost is coal for the stove, big bags are less than £20 which usually lasts a few weeks.

It isn't just utility bills Lloyd saves on, but the renovation too.

Lloyd managed to save on some labour costs by doing a lot of the work himself with the support of friends and family.

He adds: “I had a welder install an extension on the stern and bow to give us more space, as well as creating that open plan effect.

“I stripped the entire boat back to the metal frame, I was a bit hesitant at first, but with it being such an old boat, I wanted to make sure it was completely rust and rot free.

“I had all the windows replaced with double glazing and installed a skylight for £900 as well as painting the inside of the boat white to make the boat look airy and bright.

“All of the frames and walls I constructed myself, as well as the bed but had to do a lot of shuffling around when I got the 1000 litre water tank installed.

“There were plenty of ups and downs during the renovations, and I definitely learned several new skills.

“All the hard work has definitely paid off, I love the freedom that boat life gives you.”

Despite the high cost of renovations, the couple have managed to snag a few bargains and freebies along the way.

Ellie, an accountant from Derbyshire, said: “We bought a fridge on Facebook Marketplace for £40, which fits everything we need and is certainly an upgrade from Lloyd’s original wine fridge.