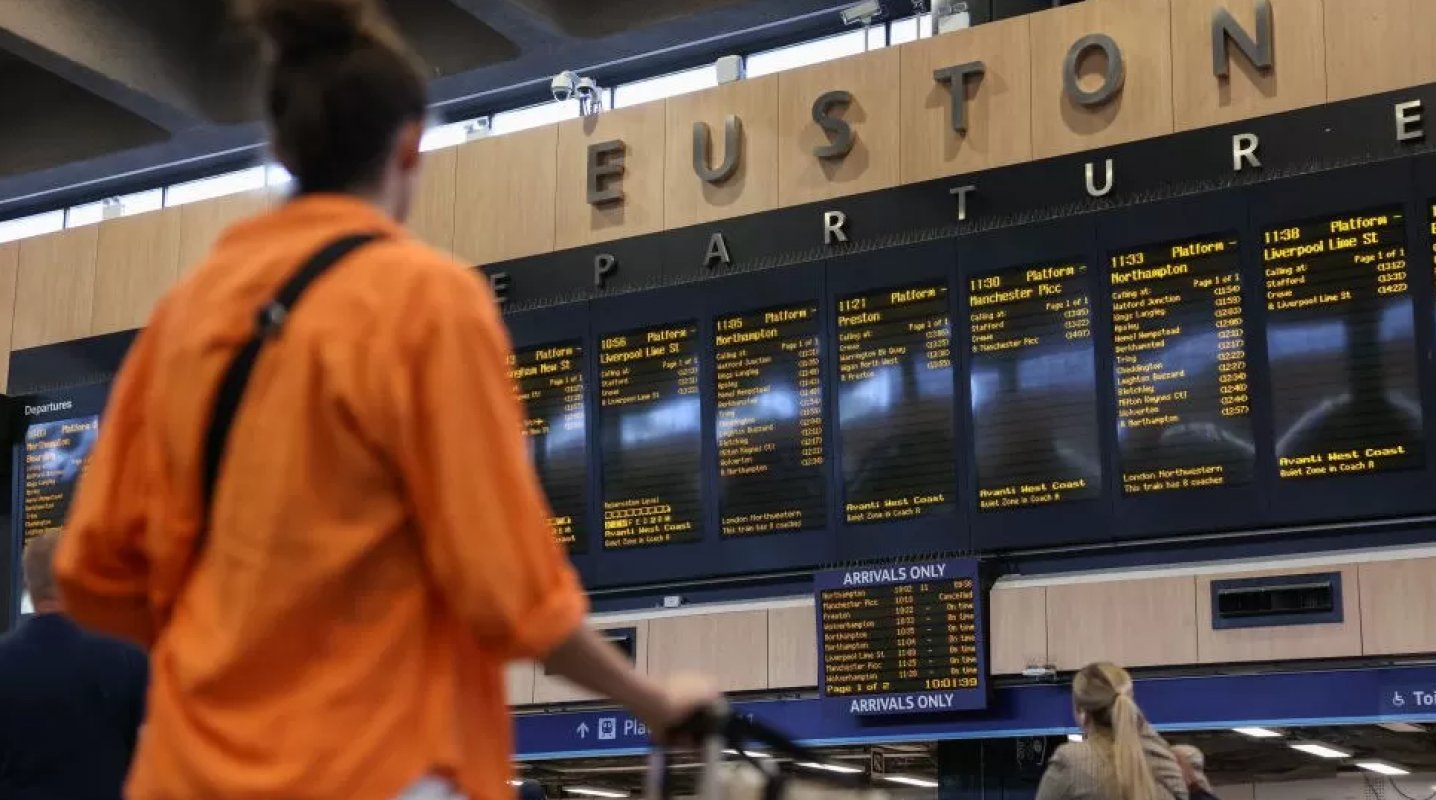 Train strikes: Passengers face disruption with only a fifth of services running

United Kingdom
Train passengers are facing more disruption, with only 20% of services set to run due to strike action.

Half of Britain's lines will close on Thursday and Saturday as more than 45,000 rail workers walk out in a dispute over pay and terms.

Some routes will have no services, and where they are operating, trains will only run between 07:30 and 18:30 BST on both strike days.

Passengers are being told only to travel by train if necessary.

It is the latest in a series of summer strikes and will alter the travel plans for workers, festival goers and those heading to the cricket Test match at Lords in London.

A total of 4,300 services are expected to run across the country on Thursday and Saturday, according to Network Rail. This is the highest number yet during the series of national RMT union strikes.

However, it is still only just over 20% of usual service levels.

Some places, including Portsmouth, Swansea and Blackpool, will have no trains at all and there will be no services running north of Falkirk.

Trains will also start later than usual on the days following strikes.

It is not possible to run trains without signallers, and only a fraction can run with the available contingency staffing. Network Rail owns and manages most of the UK's rail infrastructure.

If customers are not able to travel on Thursday or Saturday, the Rail Delivery Group said they can use these tickets either the day before or up to and including 23 August. Otherwise customers will be able to change the ticket or claim a refund.

Network Rail's chief executive Andrew Haines described negotiations with unions as "slow" and "painful" and said there was "an absolute lack of clarity over what it would take for this strike to be called off".

He told BBC Radio 4's Today programme: "We're desperate to bring this to a resolution in a way that is affordable for the country and which avoids the pain for my colleagues."

Luke Chester, organising director at the TSSA, said: "The reality is that what we need to resolve this dispute is a pay rise which reflects the cost of living increase that is affecting most people in this country very severely."

Meanwhile, on Friday both the London Underground and Overground will be affected by RMT strike action, in a separate dispute over pensions and pay.

Transport for London (TfL) says people should avoid the Tube, which will have little or no services running, and only use the rest of the network if essential.

Some bus services will also be affected as drivers take part in a strike called by the Unite union.

The information provided on this website is for reference only. C21 International shall not be liable for any errors, omissions, misstatements, or misrepresentations (express or implied), concerning any Information, and shall not have or accept any liability, obligation, or responsibility whatsoever for any loss, destruction, or damage (including without limitation consequential loss, destruction or damage) howsoever arising from or in respect of using, misusing, inability to use, or relying on the Information.
west
Why are prices rising so fast?
United Kingdom
Restrictions on using water
United Kingdom
east