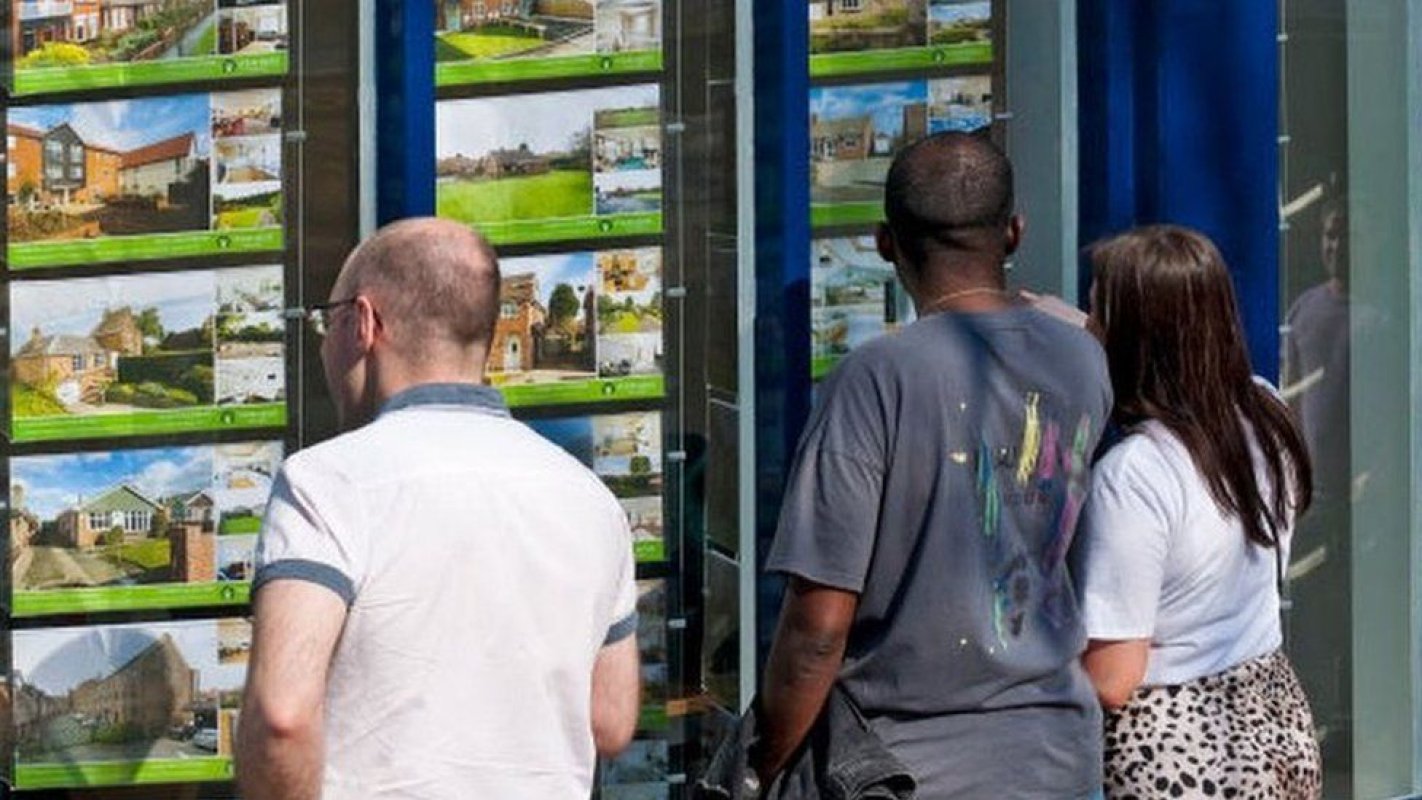 Shortage of homes to rent leads to tenant bidding wars

United Kingdom
People hoping to find a property to rent are going to ever greater lengths to secure a home.

As well as having to put up more cash in advance, they're offering landlords CVs for their children and photos of their well-behaved dogs.

That's because a shortage of available homes is pushing up monthly rents, deposits and leading to bidding wars.

Industry body Propertymark says the number of rentals on the books of lettings agencies has fallen sharply.

Propertymark surveyed over 440 letting agency businesses, spread across 4,000 branches UK-wide and found that on average, letting agents have seen the number of available rentals on their books halve, from over 30 to just 15.

One is agent Adam Kingswood, who says he's never known the market behave like this in two decades in the business.

"We will list a property and stop taking viewings after just a few hours," he says. He lets properties in The Park area of Nottingham, where the wide leafy streets and Victorian houses make it one of the city's most popular property spots.

"Out of those who turn up, the majority will want the property and in most cases the landlord has a choice of what tenant they want to go with," he says.

This leads to a sort of rental beauty pageant, with desperate renters vying to be chosen by landlords.

Noisy pets and children can be seen as a downside, so some parents and owners are seeking to prove they're desirable tenants by providing photos or family bios. But it's money that does most of the talking.

Last month, the annual rental survey from website Rightmove found that asking rents are already at their highest ever level, and up 11% year-on-year to £1088 per month outside the capital.

Teacher Sheree Osborne moved from London to Nottingham, to save money. She loves her new flat in a converted Art Deco hotel, but she's worried that when her lease is renewed in September, she'll end up in a bidding war.

"I'm in a vulnerable position," she said. "I don't want my landlord saying I have to move out because he wants to put the rent up £200. There are people willing to pay that."

Propertymark says that landlords are selling up, unhappy with increased costs and red tape. Others are switching from renting to offering holiday lets.

Lou Valdini for example, had a flat in London and two more in South Yorkshire which he rented out. He's now letting them all go.

"I feel disillusioned by the sector, it was something I enjoyed and wanted to keep doing," he says.

But during the pandemic one tenant stopped paying rent for sixteen months at the same time as behaving poorly towards fellow residents in the block.

"All that time I was paying the costs and mortgage, as well as getting complaints," Mr Valdini explains. It cost him around £20,000, he says.

"The stress was huge. And I'm not a professional big company with people working for me to sort these things. It all fell on my shoulders."

Mick Roberts is another local landlord with more than thirty properties across Nottingham. His tenants are all on housing benefits, mostly families but many pensioners.

Mr Roberts says he has "a conscience" about keeping rent down for his tenants. He has tenants so terrified their rent will go up they are too scared to ask for repairs, he says.

Parents are sleeping on the sofa of one-bed apartments with three children in the bed because they can't find nor afford a bigger house to rent, he adds.

But while Mr Roberts is reluctant to raise rents for those already in his houses, he admits that he asks for the market rate from any new tenant. "I've got no loyalty to that person," he says. "As time goes on, we'll build up a rapport but for now it's supply and demand."

"There's been something like 179 new rules in the last five years," he says. Which means costs are rising.

"You used to be able, rightly or wrongly, to give the tenants the keys and service the boiler once a year. Now we are part landlord, part policemen, counsellor, we do debt work like a bailiff."

Changes to taxation have made letting properties less profitable at the same time as legislation regarding maintenance and energy compliance has pushed up landlords' costs. The temporary ban on evictions during the pandemic left many landlords out of pocket, meaning an anticipated ban on "Section 21", which allows them to evict tenants easily, is causing concern they'll be left with limited power to protect their properties.

It may result in fewer landlords and more people homeless, Mr Roberts predicts.

The Department for Levelling-Up, Communities and Housing said "good landlords" had nothing to fear from the reforms, which were designed to "give tenants greater security to challenge unreasonable rent rises and poor practice".

"We're supporting vulnerable renters to help them meet the rising cost of living and stay in their homes, as well as investing £11.5bn to build more of the affordable, quality homes this country needs - including tens of thousands for social rent," the spokesperson added.

The information provided on this website is for reference only. C21 International shall not be liable for any errors, omissions, misstatements, or misrepresentations (express or implied), concerning any Information, and shall not have or accept any liability, obligation, or responsibility whatsoever for any loss, destruction, or damage (including without limitation consequential loss, destruction or damage) howsoever arising from or in respect of using, misusing, inability to use, or relying on the Information.
west
Reading and Slough property prices double due to Elizabeth line
United Kingdom , Reading
New Reading secondary school to be built near festival site
United Kingdom , Reading
east