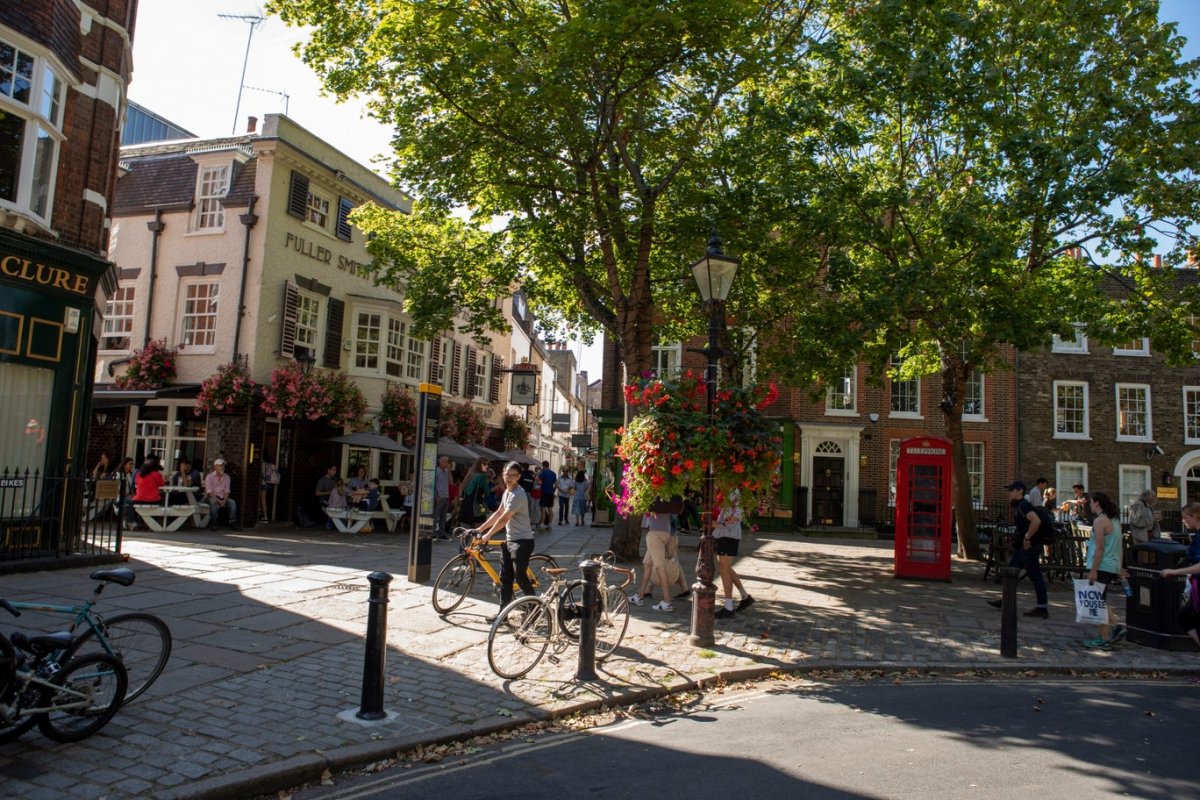 United Kingdom , London
Wild deer have roamed its parkland for hundreds of years, you might bump into locals like Tom Hardy and Holly Willoughby in the corner shop, and it contains some of London’s smartest urban villages.

Little wonder that the residents of Richmond upon Thames are the happiest people in London.

Rightmove’s annual Happy at Home Index measures a series of factors, from the friendliness of the locals to the quality of local amenities, to access to open space, to establish which are the happiest communities in the UK. And while, nationwide, the historic town of Hexham, in Northumberland, took the top spot, leafy Richmond was the runner up.

The results, published today, suggest that the happiest Londoners are those living in the deep suburbs. After Richmond, the happiest London borough was Bromley, despite being more than ten miles from the center of London. But it also offers some of the most affordable house prices in the city, an easy commute, and top-performing schools.

Other happy suburbs include Kingston upon Thames and, flying the flag for north London, Barnet, and Haringey.

In central London, the happiest place to live in Wandsworth, home to the newly rebooted Battersea Power Station and with top-notch commons, trendy high streets, and riverside walks. It leads Kensington and Chelsea, London’s most expensive borough. Camden, Lewisham, and Westminster make up the top ten.

Chris Carney, sales director at Chesterton's estate agents in Barnes, said the borough’s plentiful green space was a key part of its appeal. “Richmond Park is a really big draw to the area, particularly since the pandemic,” he said. The borough also has a higher proportion of houses with gardens than central London boroughs, meaning more of its residents also have private outdoor space.

“Access into London is really excellent, and you can also get out of London and into the south west really easily,” added Carney. “The Council Tax isn’t the lowest, but the council’s services are good, and there is a real sense of community in all of the different pockets, from Barnes, to Sheen, to St. Margarets, to Richmond itself which I think people are really attracted to.”

Today’s league table includes some of London’s most expensive boroughs. The average price of a home in Richmond upon Thames stands at £714,000 according to the latest UK House Price Index, up 3.4 per cent in the last year. Living in Kensington and Chelsea will set you back an average £1.3m, while Westminster’s average price is £898,000 and a pad in Camden costs an average £818,000.

The information provided on this website is for reference only. C21 International shall not be liable for any errors, omissions, misstatements, or misrepresentations (express or implied), concerning any Information, and shall not have or accept any liability, obligation, or responsibility whatsoever for any loss, destruction, or damage (including without limitation consequential loss, destruction or damage) howsoever arising from or in respect of using, misusing, inability to use, or relying on the Information.
west
Hong Kong migrant's struggle to find home in Solihull
United Kingdom
The 'bespoke luxury' of tiny garden office cubes
United Kingdom
east