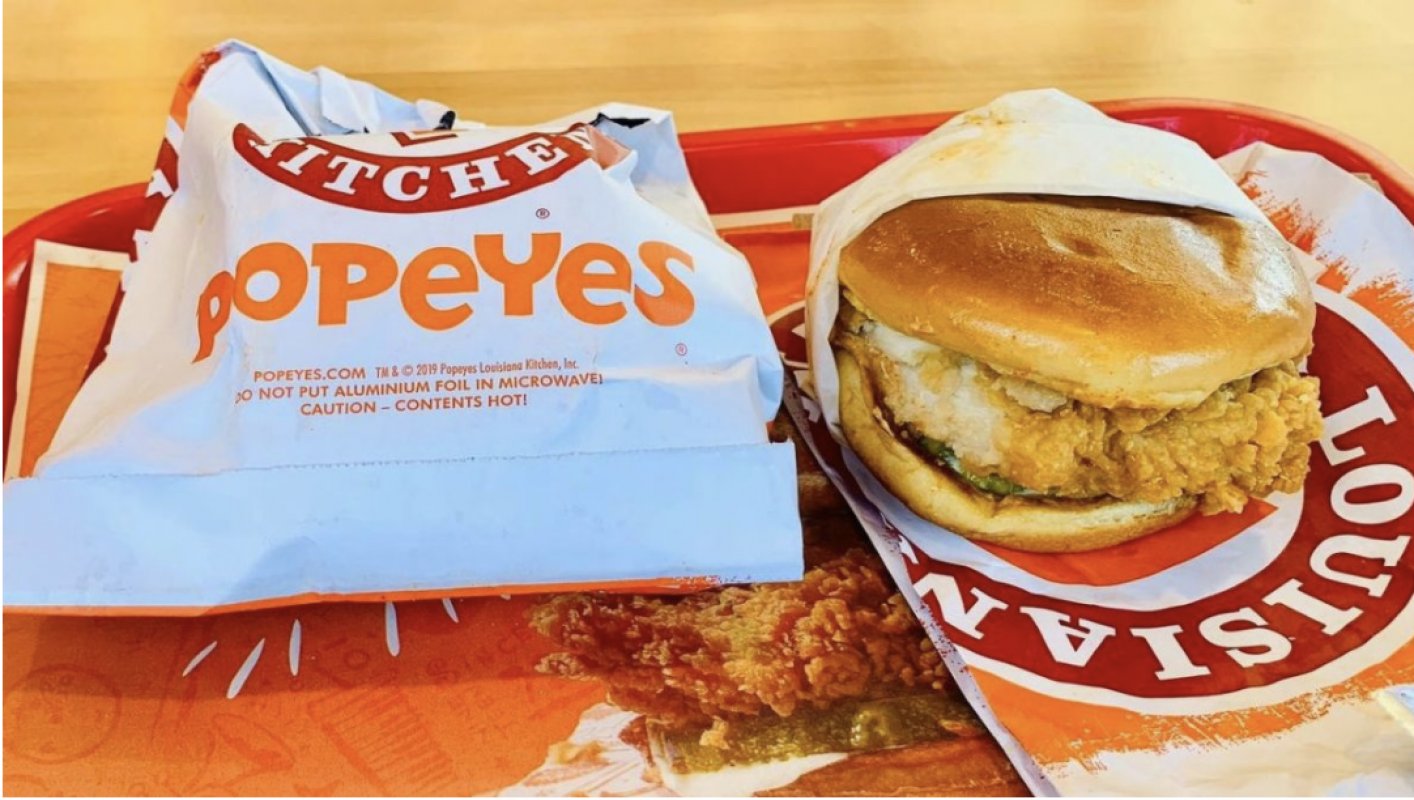 American chicken chain Popeyes has revealed its UK menu - and it includes customer favorites like the firm's chicken sandwich. Popeyes will open its first UK store in London on November 20, and has today revealed which dishes will be on the menu.

The restaurant will serve options such as 12-hour marinaded chicken, chicken tenders, and savory Southern biscuits and gravy.

An American biscuit is more like what the British would call a savory scone and is traditionally served with gravy.

Customers can also choose from hot wings, mac ‘n’ cheese, and even the company's first vegan option - a Creole red bean patty in a burger bun.

All the chicken will be sourced from the UK, the firm said.

Popeyes will also be bringing its famous range of sauces to the UK, including Mardi Gras mustard and mango habanero hot sauce.


UK customers also get to order the firm's handmade milkshakes, in flavours including biscuit brands Lotus Biscoff and Oreo.

The new Popeyes store will open at the Westfield shopping centre in Stratford, in the east of London - and it will also do takeaway.

The branch will be 1,531 sq ft, and was formerly a KFC restaurant.

But a Popeyes statement said more locations would be "announcement imminently".

The fried chicken chain is owned by Burger King.

Popeyes already has 350 branches in Europe, the Middle East and Africa. Overall it has 3,400 restaurants in 25 countries.

The company – which first opened in New Orleans, Louisiana, in 1972 - said it sees Britain as the "next big opportunity”.

He said: "It's difficult to say exactly what the scale will be right now, but we are looking to create hundreds of jobs in the restaurants and in the supply chain.

"We are definitely looking at both busy city centre locations and neighbourhood high streets."

The expansion to UK shores follows American diner chain's Wendy's - which has returned to high streets for the first time in 21 years .


The popular chain, which shut its last remaining British branch in 1999, this year opened a store in Reading.

A new branch in Stratford, London, then followed in August, and another in Oxford.

It also has plans for a further two sites this year, with one opening in Croydon and another in Romford.

Wendy's, which is the third-largest burger chain in the world after McDonald's and Burger King, already has 6,700 outlets in 30 countries around the world.

It joins fresh competition from American rivals Five Guys and Shake Shack which have emerged in the UK in the past decade.

The information provided on this website is for reference only. C21 International shall not be liable for any errors, omissions, misstatements, or misrepresentations (express or implied), concerning any Information, and shall not have or accept any liability, obligation, or responsibility whatsoever for any loss, destruction, or damage (including without limitation consequential loss, destruction or damage) howsoever arising from or in respect of using, misusing, inability to use, or relying on the Information.
west
Four more gas and electricity suppliers including Omni Energy, Zebra Power collapse
United Kingdom
UK to roll out COVID-19 antiviral drug trial this month -Health Security Agency
United Kingdom
east