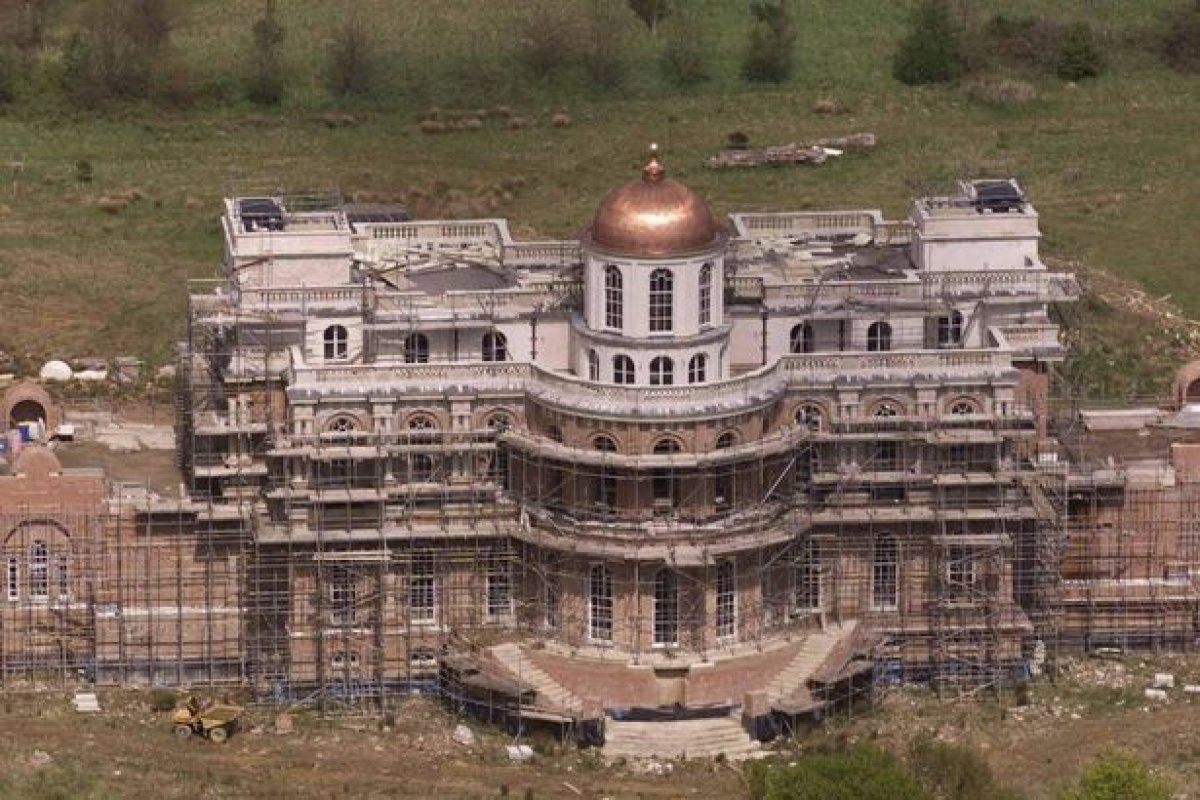 United Kingdom , London
A mansion in Sussex that was once the most expensive private house in Britain has been left derelict for over three decades – and the property could even be haunted

If you’ve ever driven over the East Sussex border, you may have seen a glimpse of an incredible sprawling mansion property known as Hamilton Place.
Kent Live reports the home is hidden away just off an unassuming junction on the A22 south of Uckfield in East Sussex, and although the property was once the most expensive private house built in Britain, it has been abandoned for around 36 years.

The home was designed for British multi-millionaire Nicholas van Hoogstraten, one of the wealthiest people in Sussex, but the property is unfinished and there is no sign that anyone will ever live there.

But the mystery of Hamilton Place goes deeper than its unfinished shell – as it was even dubbed "The Ghost House of Sussex".
Curious adventurers can’t even get close to the mansion as it’s completely obscured by a thick wooded area, and the closest glimpse you can get on foot is of a gated entrance onto the estate.

There aren’t even many photos of the grand estate, with the most recent snaps being taken by drones and older ones taken on-site when work was still ongoing.

The abandoned mansion has remained almost completely empty since work stopped on the development over three decades ago, but one reporter did venture inside in 2000, when the property was said to be two years off completion.

That reporter revealed the inside of the home featured a grand central staircase and reception hall, with lift shafts already installed and expensive stone balustrades and pillars.
And even if you do find a way through, you might not want to venture too far, as signs put in place warn of "shooting in progress", "dogs running free" and CCTV being in operation.

They also said space had been allocated for a fountain and a rooftop garden, as well as one entire floor that was due to house Nicholas van Hoogstraten’s art collection.

The reason for leaving the property abandoned is unclear, but locals have previously had several disputes with Nicholas – who is now 76 and a convicted criminal who goes by the name Nicholas von Hessen – about the developmentResidents have fumed over the large area being left unused, and also raised concerns about a public footpath that ran through it that Nicholas did not want to be used.

The information provided on this website is for reference only. C21 International shall not be liable for any errors, omissions, misstatements, or misrepresentations (express or implied), concerning any Information, and shall not have or accept any liability, obligation, or responsibility whatsoever for any loss, destruction, or damage (including without limitation consequential loss, destruction or damage) howsoever arising from or in respect of using, misusing, inability to use, or relying on the Information.
west
Rapid house price growth continues in September, says Nationwide
United Kingdom
Amazon opens first UK non-food store
United Kingdom
east