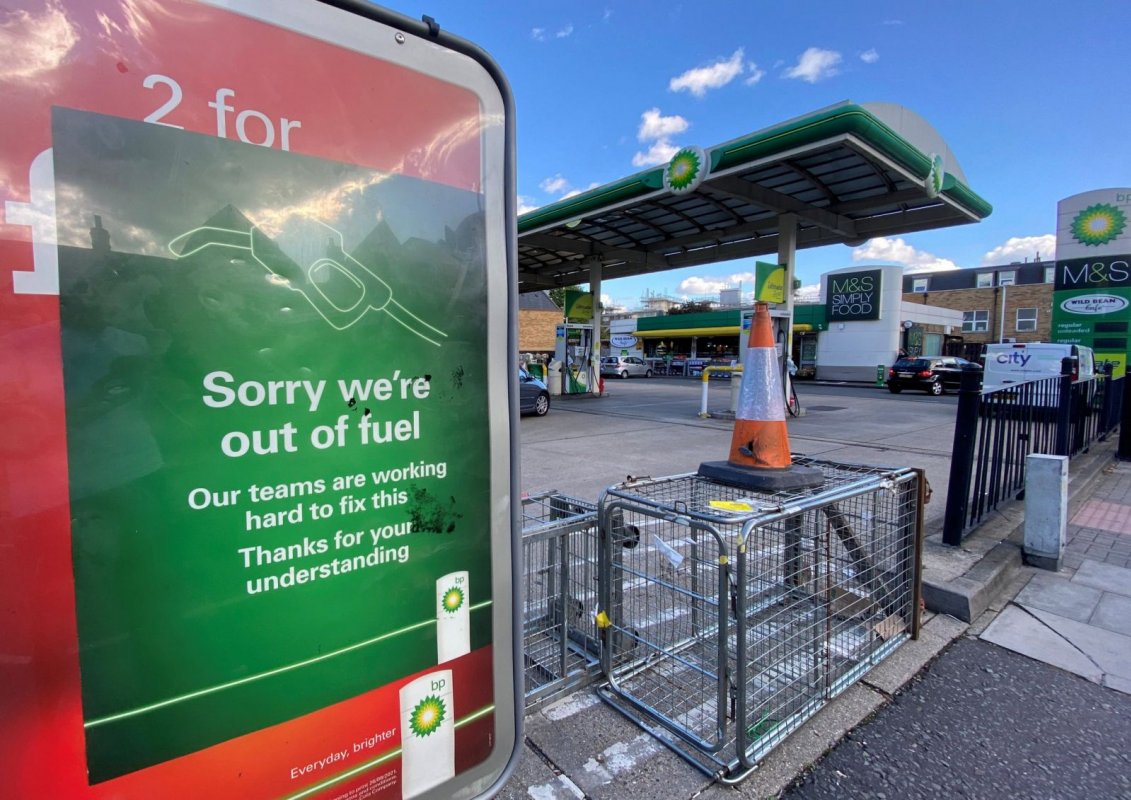 英国
ENVIRONMENTAL health authorities have issued an urgent warning to those stockpiling fuel as more scenes of chaos from the weekend emerge. Over the weekend, garages in West Berkshire saw drivers pile up on the roads to buy petrol and diesel over fears they would run out of fuel. The problem ignited people to panic buy with one man pictured filling up three jerry cans in order to have fuel in reserve.
As a result of panic buying, petrol station forecourts were forced to close after running out of fuel...

Many people across Berkshire also tweeted about their experience of running out of petrol. Olivia Agyemang from Reading said: "Went to my local Morrison this morning and the queue for the petrol station is insane. Haven’t been able to get fuel for three days now." The News also sent out reporter Isabella on Monday to see whether she could get any petrol. Sharing her experience, she said: "I drove for about 20 miles trying to find fuel. Two Esso garages, the Gulf service station, and BP were all shut and then my warning light came on." As a result of the fuel crisis, local authorities stepped in to issue stern warnings to people not to use jerry cans to buy petrol or diesel. The Public Protection Partnership, which issue consumer advice in Bracknell Forest, called out drivers for unnecessarily storing petrol at home.

A spokesman said: "There is no shortage of fuel, panic buying is causing the current problems at petrol stations.

"Please don’t buy extra petrol in fuel cans for storage at home unless it is absolutely necessary, e.g. for lawnmowers, etc. Storing petrol is highly hazardous. Petrol should be stored within suitable containers: - either metal or specifically designed plastic containers which prevent the leak of liquid and the hazardous vapor from the petrol. They should also be marked with the words ‘PETROL’ and ‘HIGHLY FLAMMABLE’.

"Do not fill the container completely, it is recommended to only fill it to a maximum of 85 percent, to allow for expansion of the petrol.

"The law requires that you can only keep up to 30 liters of petrol at home unless you have notified your local Petroleum Enforcement Authority.

"Always remember, petrol is dangerous so keep it away from any means of ignition and do not smoke when using it."

The fuel crisis also led to South Central Ambulance Service (SCAS) urging drivers to follow the government's advice on not to panic buying fuel after its emergency vehicles got stuck in queues on Sunday, September 26.

Paramedics asked drivers to give their ambulances priority at filling stations so they can get back on the road quickly and continue helping patients.


In a social media post, the SCAS said: “It's been another busy day for our services.

“Today they have joined the queues with others to refuel which on some occasions has taken time.

“Please could we encourage everyone to follow government advice and only refuel should you need to.

“If you do find that you need to join the queue at a station please ensure that others, including emergency vehicles, can continue to pass.”

The shortage in fuel also led to one driver being arrested in Wokingham over the weekend.

On Friday, September 24, Thames Valley Police stopped a driver in Winnersh who had stolen fuel on eight separate occasions leaving others without petrol.