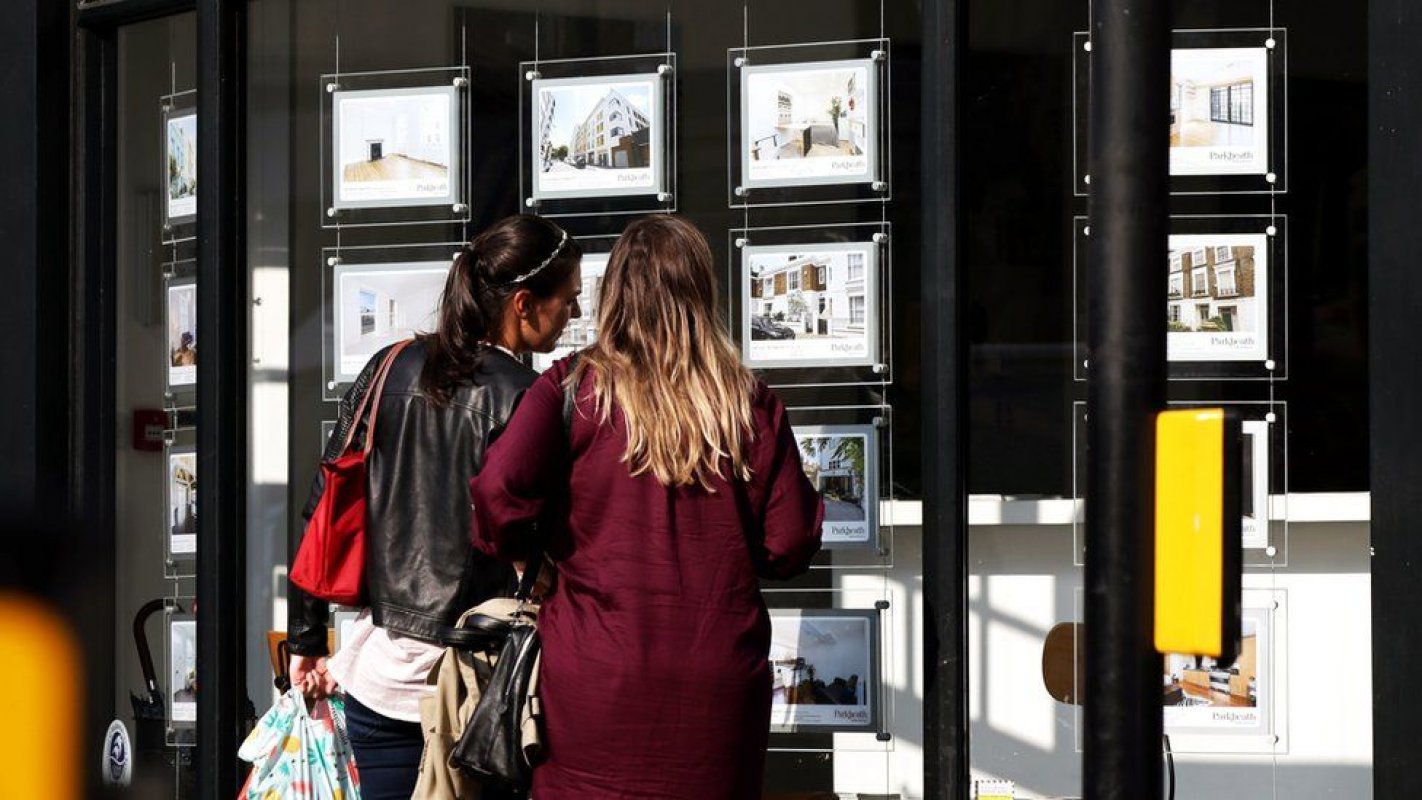 A mortgage guarantee scheme to help people with small deposits get on the property ladder is set to be announced at next week's Budget.

The government will offer incentives to lenders, bringing back 95% mortgages which have "virtually disappeared" during the pandemic, the Treasury says.

Chancellor Rishi Sunak says public finances are facing a "challenge" from the pandemic's impact on the economy.

This has pushed the national debt to £2.13 trillion.

Explaining the government's economic response to the pandemic, Mr Sunak told the Financial Times: "We went big, we went early, but there is more to come and there will be more to come in the Budget. But there is a challenge [in the public finances] and I want to level with people about the challenge."

He added: "I will do whatever it takes to protect the British people through this crisis and I remain committed to that."

Former Conservative chancellor Lord Clarke called for Mr Sunak to raise taxes in order to bring the UK's finances under control, and warned "if we don't get it under control before inflation comes back then we will face a financial crisis".


The question of tax rises is one the chancellor will need to address when he unveils his Budget in a Commons speech on Wednesday.

In the run-up to the 2019 election, the Conservatives promised not to increase income tax, National Insurance Contributions or VAT - but Mr Sunak could argue circumstances have changed.

Carlisle MP John Stevenson, of the Conservative Northern Research Group, said it was "too early" for tax rises, saying UK still had a few months of the pandemic to get through and he wanted to see continuing support.

But Lord Clarke said the pandemic had been "unfair financially" on "the poor, the young, the low-paid, the vulnerable" and suggested making people who continue in full-time work after the age of 65 pay the same taxes as younger people.

Labour has criticised the government for a "stop, start" approach to support measures during the pandemic. Shadow chancellor Anneliese Dodds told the Times her party did not support an "immediate" increase in corporation tax but would welcome longer-term rises and said she wanted a "more progressive tax system".

The chancellor is also expected to announce an £126m scheme for traineeships in England.

It will include a new "flexi-job" apprenticeship, enabling apprentices to work with different employers in one sector. With unemployment at its highest level for almost five years, Mr Sunak said this was "vital" support for getting people back into work.

Mortgage providers will only lend to those with a regular income, irrespective of any government incentive.

But young adults' finances, and their employment prospects, have been hit hard by this pandemic. It was the same in the financial crisis of a decade ago.

That is why jobs will be central to this Budget - both protecting them now and creating them in the future to aid an economic recovery.

While the chancellor may be able to borrow fairly cheaply now to pay for that support, the prospect of future tax rises to foot the bill will no doubt be addressed too.

Covid has led everyone to face the realities of home, work, and working from home. On Wednesday, many will be looking to Mr Sunak to save their jobs and keep a roof over their heads - whether they own it, or not.

The new mortgage scheme is not restricted to first-time buyers or new-build homes, but there will be a £600,000 limit.

The coronavirus pandemic has meant there are now few low-deposit mortgages available, the Treasury said, with just eight on the market in January.

They are often seen as riskier by banks as they are more vulnerable to negative changes in property prices - meaning people hold more debt than their home is worth.

Under the scheme, which will launch across the UK in April, the government will offer to take on some of this risk.

It is based on the Help to Buy mortgage guarantee scheme, which closed to new loans at the end of 2016, a policy the Treasury said "reinvigorated the market for high loan-to-value lending after the 2008 financial crisis".

Shadow housing secretary Thangam Debbonaire also raised concerns, saying young people needed "genuinely affordable" new houses to be built and did not want to go "back to the days of sky-high mortgages".

The new scheme could coincide with the expected end of a stamp duty holiday in England and Northern Ireland on 31 March - though this may yet be extended.

Tax officials have opened about 10,000 inquiries into suspected fraudulent activity, the government said.