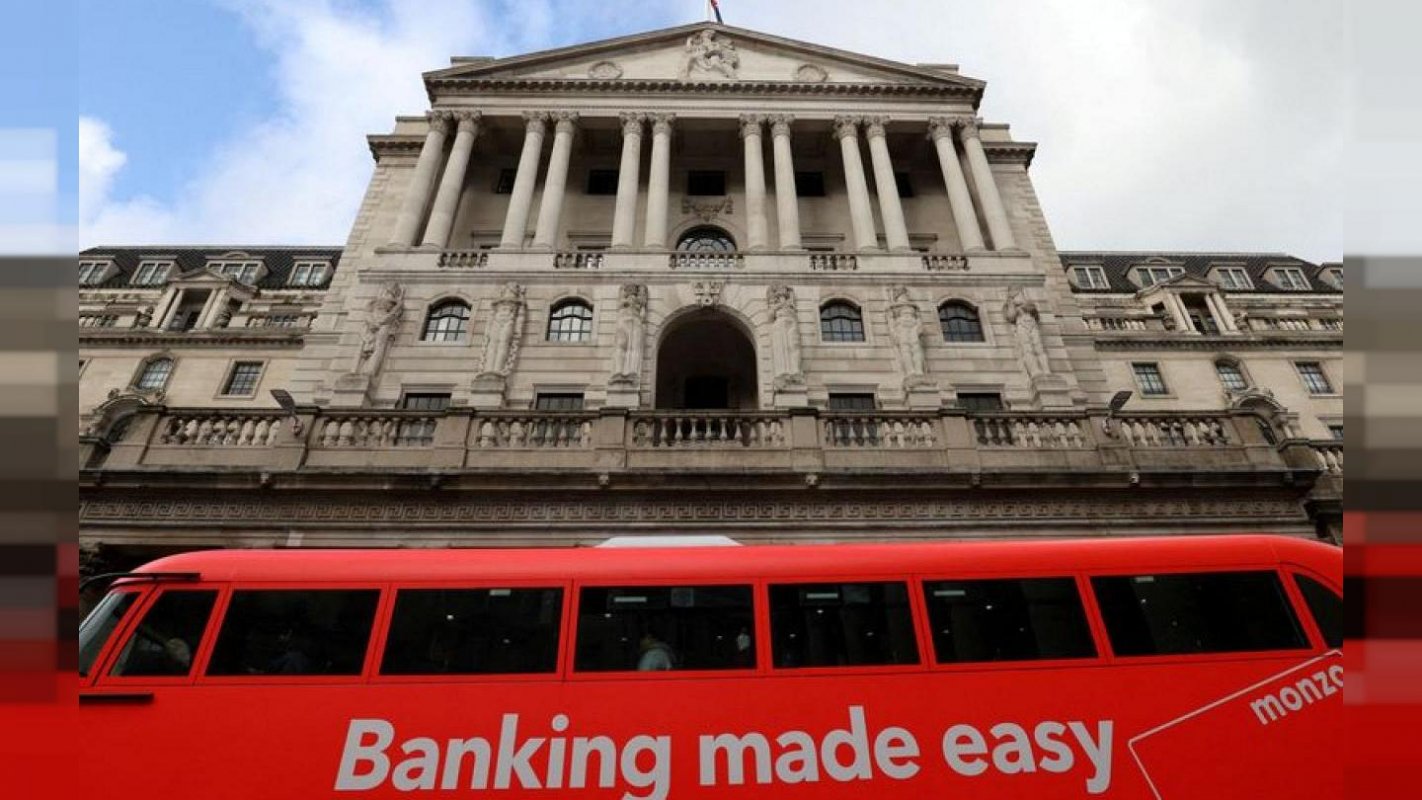 LONDON, Dec 16 (Reuters) - The Bank of England on Thursday became the world's first major central bank to raise interest rates since the coronavirus pandemic hammered the global economy, and warned inflation was likely to hit 6% in April - three times its target level.

Surprising investors for the second time in six weeks, the BoE said it had to act now, even as the Omicron coronavirus variant sweeps Britain because it saw warning signs in underlying inflation pressures.

The nine-member Monetary Policy Committee voted 8-1 to raise Bank Rate to 0.25% from 0.1%, with external member Silvana Tenreyro providing the only dissenting voice.

Governor Andrew Bailey said Omicron was already hurting retailers and restaurants but the BoE had felt compelled to stop the recent jump in prices from becoming a longer-term problem.

"We're concerned about inflation in the medium term. And we're seeing things now that can threaten that. So that's why we have to act," Bailey said.

It was unclear whether Omicron would ease or add to inflation pressure "and that's a very important factor for us," he said.

Sterling jumped almost a full cent against the U.S. dollar to its highest since Nov. 30, and interest-rate sensitive two-year gilt yields rose by as much as 9 basis points on the day to 0.58%, their highest since Dec. 1.

Most economists polled by Reuters had expected the BoE to keep Bank Rate at 0.1% due to the Omicron variant, which pushed COVID-19 cases in Britain to a record high on Wednesday.

The BoE pointed to the likelihood of more "modest tightening of monetary policy" over its three-year forecast period although inflation could prove weaker or stronger than expected.

Investors rushed to fully price in another rise in Bank Rate to 0.5% by March and to 1% by September.

The British central bank also wrong-footed many investors on Nov. 4 when it kept Bank Rate on hold to give itself more time to see the extent of any hit to the labour market from the end of the government's job-protecting furlough scheme.

Thursday's rate hike put the BoE ahead of the U.S. Federal Reserve which on Wednesday said it was speeding up a phase-out of its bond-buying stimulus, in a first step ahead of possibly three interest rate rises in 2022. read more

The European Central Bank and the Bank of Japan are further away from raising borrowing costs.

The ECB on Thursday cut back its stimulus further but promised generous support for the euro zone's economy in 2022.

The BoE cut its growth forecasts for December and the first quarter of 2022 because of Omicron which could lead to "a very high number of infections over a very short period."

A survey of purchasing managers earlier on Thursday showed a hit to hospitality and travel companies this month, sending private sector growth to a 10-month low. read more

But the BoE also said Britain and the world economy were in a "materially different" situation than at the start of the pandemic, with inflation now elevated.

It focused more on "upside risks" around pay trends and said there was no sign of a jump in unemployment after the end of the government's job-supporting furlough scheme on Sept. 30.

The BoE said it now expected Britain's unemployment rate to fall to around 4% before the end of this year, much lower than a 4.5% projection made only last month.

The rate stood at 4.2% in the three months to October, according to data published earlier this week.

British employers have faced severe staff shortages this year as Brexit compounds the loss of migrant workers caused by the pandemic last year.

The MPC voted 9-0 to keep the central bank's government bond-buying programme at its target size of 875 billion pounds ($1.16 trillion). The BoE has also bought 20 billion pounds of corporate bonds.