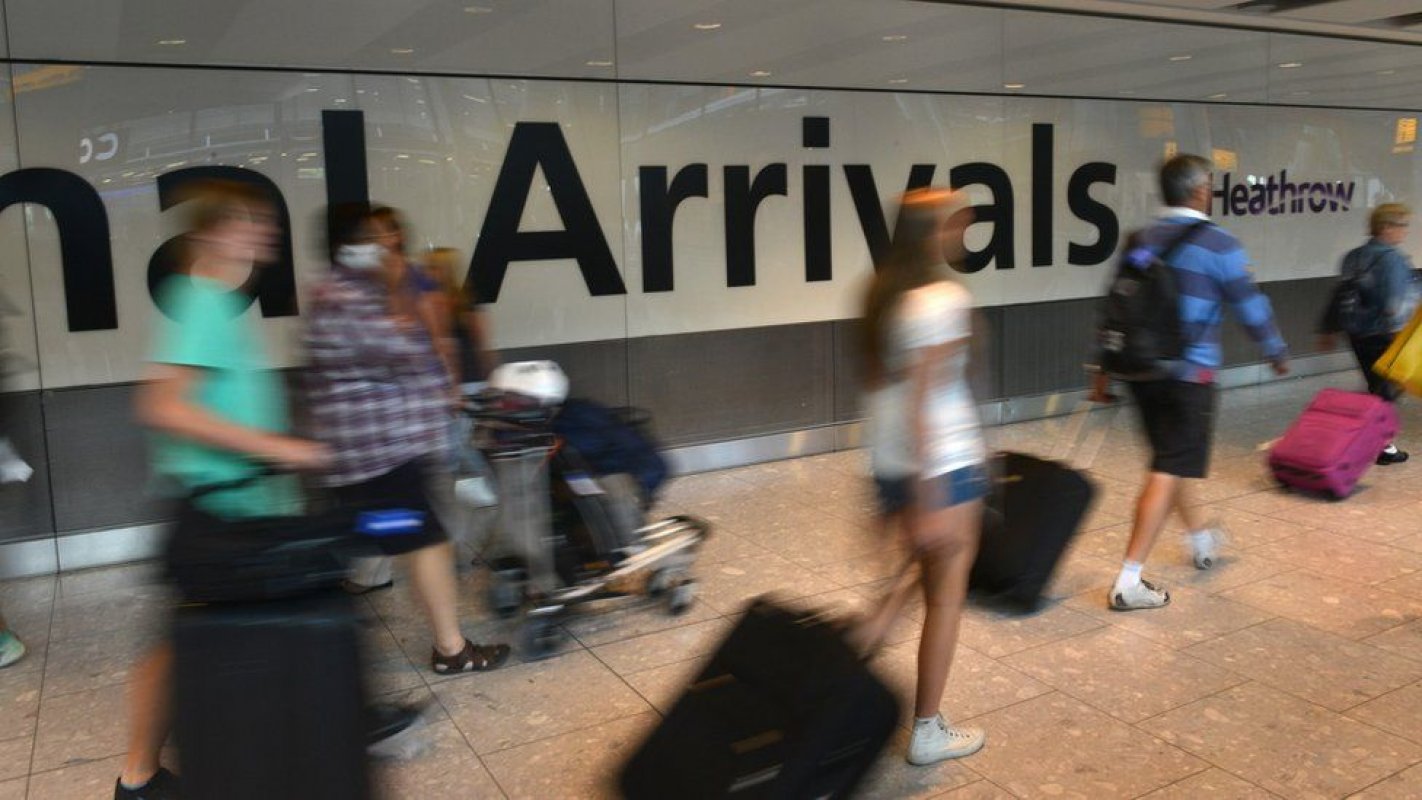 英國 , 倫敦
The remaining seven countries on the UK government's Covid travel red list will be removed from next Monday.

Fully-vaccinated arrivals from Ecuador, the Dominican Republic, Colombia, Peru, Panama, Haiti, and Venezuela will no longer have to quarantine in a hotel.

But the red list system will be kept in place and a country could be added back on it if cases rise there.

The changes announced by the Department for Transport will apply to passengers arriving in all four nations of the UK.

Transport Secretary Grant Shapps said it was a "great boost for travel and all those people employed in the travel sector".

He added: "We have been able to do this now because the variants of concern that we have been tracking are no longer of concern to the chief medical officers."

The DfT said "Delta is now the dominant variant in most countries around the world. This means the risk of known variants entering the UK has reduced and the government can confidently remove these seven destinations from the red list."

The list of nations and territories whose Covid vaccinations are recognized by the UK is also being expanded, and will now include more than 135 countries in total.

The changes will come into effect at 04:00 BST on Monday.

The governments in Scotland, Wales and Northern confirmed they would also be adopting the changes, following the initial announcement by the DfT for passengers arriving in England.


The DfT said the red list would be reviewed every three weeks, with data - including the emergence of new variants - monitored in case countries needed to be added back on.

Mr. Shapps said the red list system itself would be reviewed again in the new year but it was "prudent" for the government to keep several hundred hotel rooms available on "standby".

"We don't want to re-set up a system from scratch if a particular concern was seen in a particular country and we wanted to be able to have quarantine as a mandatory facility," he said.

Scotland's Transport Minister Graeme Dey said the move would help the tourism sector "take another step back towards normal operations".

But he said: "The pandemic is not over. The situation will be closely monitored and regularly reviewed and if the situation demands it we will not hesitate to re-impose restrictions."

Wales said the changes were "not without risk" and it remained "concerned" by the speed international travel was opening up.

Over the next two weeks, quarantine hotels will empty.

For many with family and friends in the seven remaining countries on the red list, it will be a relief.

But for the travel industry, it's mostly a symbolic move. The announcement won't make a huge difference to the number of flights coming into the UK - the red list had already shrunk dramatically earlier this month.

Instead, the industry sees it as further reassurance that travel is opening up, not closing down. For the first time this year, no matter where you travel from in the world, if you are recognized as fully vaccinated you won't need to quarantine.

However, the government hasn't ruled out quarantine hotels altogether in the future if the global situation changes.

Pandemic travel rules in the UK were simplified earlier this month when the amber list was dropped completely, and advice against holidays changed for many countries.

Fully vaccinated travelers arriving in England from countries including all EU nations, the US, Australia, India, Pakistan, the UAE, and Hong Kong need only have a lateral flow test on arrival. Arrivals in Scotland, Wales, and Northern Ireland currently must have the more expensive PCR test although this will change on Sunday.

People over the age of 18 who are not fully vaccinated or are arriving from a country not on the approved vaccination list have to self-isolate at home for 10 days after arrival in the UK - and pay for a PCR or lateral flow test in the three days before they travel to the UK, and two tests after their return.

Red list countries are those the government said should not be visited "except in the most extreme of circumstances". The list was introduced as part of measures to reduce the potential risk from travelers infected with the coronavirus.

Travelers arriving from a red list destination have been required to self-isolate in a government-designated hotel for 11 nights at a cost of £2,285.

More than 200,000 people have stayed in quarantine in hotels since February.

The now-abandoned amber list applied to countries where infections were not seen to be as serious. It initially required passengers to quarantine at home after their arrival, but this restriction was later dropped for the fully vaccinated when lockdown restrictions ended in July.

Tim Alderslade, from industry body Airlines UK, said the announcement "should provide further reassurance to passengers as we get closer to the key Christmas and January booking window".

He added: "We now need to go further by removing testing altogether for the fully vaccinated and committing to reviewing all restrictions by the end of the year."

Gary Lewis, from the Travel Network Group representing independent travel businesses, said the industry "will be breathing a sigh of relief... We hope that this move helps to build customer confidence and reassure people that they can book trips and travel".

But Clive Wratten, head of the Business Travel Association, said "the lurking threat of further introductions to this list and the continued existence of quarantine hotels means that it does not give travelers the confidence that they need".

Paul Charles, chief executive of travel consultancy The PC Agency, said there was "no justification" for the red list to remain, adding: "The best approach is to check for an individual's vaccine status and ensure they are up to date if they want to travel without restrictions."

Consumer group Which? has advised travelers to be aware the changes only reflect requirements for arriving back in the UK and they still could face restrictions on entry to some destinations, especially if they were not fully vaccinated.

UK Covid cases have been rising since the end of September, although there are no signs of a small fall. The UK recorded another 39,842 cases on Thursday, and there were 165 deaths of people with 28 days of a positive test.