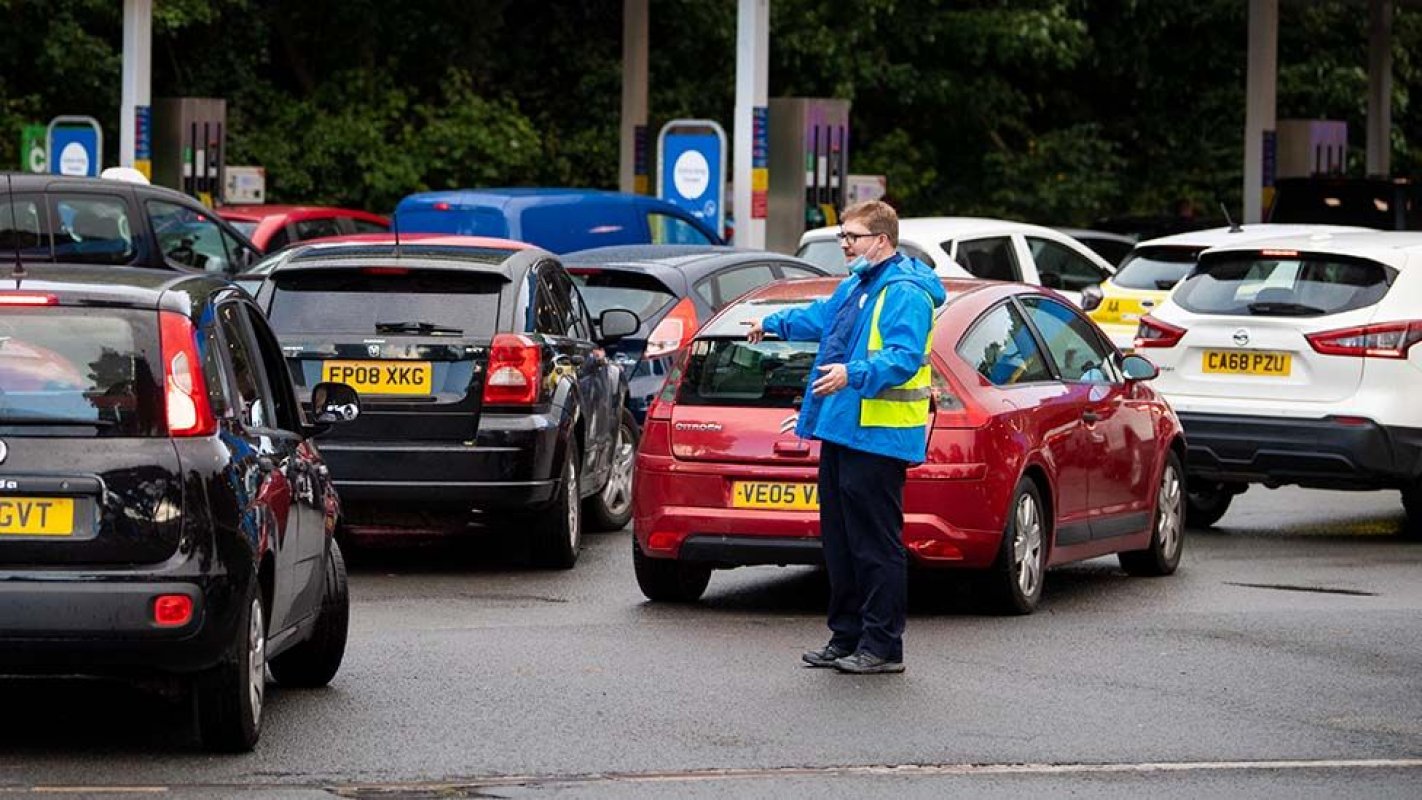 Britain has been gripped by a rush of panic buying for almost a week that has left pumps dry across major cities after oil companies warned they did not have enough tanker drivers to move gasoline and diesel from refineries to filling stations.

Business minister Kwasi Kwarteng said 150 soldiers had been mobilized and would be driving tankers within a few days.


"The last few days have been difficult, we've seen large queues. But I think the situation is stabilizing, we're getting petrol into the forecourts. I think we're going to see our way through this," Kwarteng said.

He said the government's reserve tanker fleet, which numbers 80 vehicles according to a 2019 assessment, would be operating by later in the day, driven by civilians, to help deliver fuel across the country.

Johnson has sought to quell concerns, saying supplies were returning to normal while also urging people not to panic buy.

A shortage of around 100,000 drivers has sown chaos through supply chains and raised the specter of empty shelves and price increases at Christmas.

Asked if he could guarantee that there would not be problems in the run-up to the busy retail period, Kwarteng said: "I'm not guaranteeing anything. All I'm saying is that I think the situation is stabilizing."

By the early morning rush hour, there were already long queues of cars in and around London and on the busy M25 orbital motorway circling the capital. Signs were up at some sites announcing no fuel was available.

The gridlock has sparked calls for doctors, nurses and other essential workers to be given priority access to fuel, a move Johnson has resisted.


Industry groups said the worst of the shortages seemed to be in London, the southeast, and other English cities. Fights have broken out as drivers jostled.

The Petrol Retailers Association (PRA), which represents independent retailers who account for about two-thirds of all the 8,380 UK filling stations, said on Tuesday 37 percent of its members' stations were out of fuel.

The shortages have added to an air of chaos in the world's fifth-largest economy, leaving gaps on supermarket shelves. A spike in European wholesale natural gas prices has also tipped energy companies into bankruptcy.

Britain left the EU single market at the start of this year, preventing hauliers from recruiting drivers in the bloc. To tackle the shortage, the government has said it will issue temporary visas to 5,000 foreign drivers, a measure it had previously ruled out.

"What we want to do is make sure that we have all the preparations necessary to get through until Christmas and beyond, not just in supplying the petrol stations but all parts of our supply chain," Johnson said.

Haulers, gas stations, and retailers say there are no quick fixes as the shortfall of drivers is so acute, and transporting fuel demands training and licensing. European drivers may also be reluctant to take up the visa offer, which only lasts until Dec. 24.
資料來源：https://www.cbc.ca/news/world/british-troops-fuel-tankers-gas-shortages-1.6193968