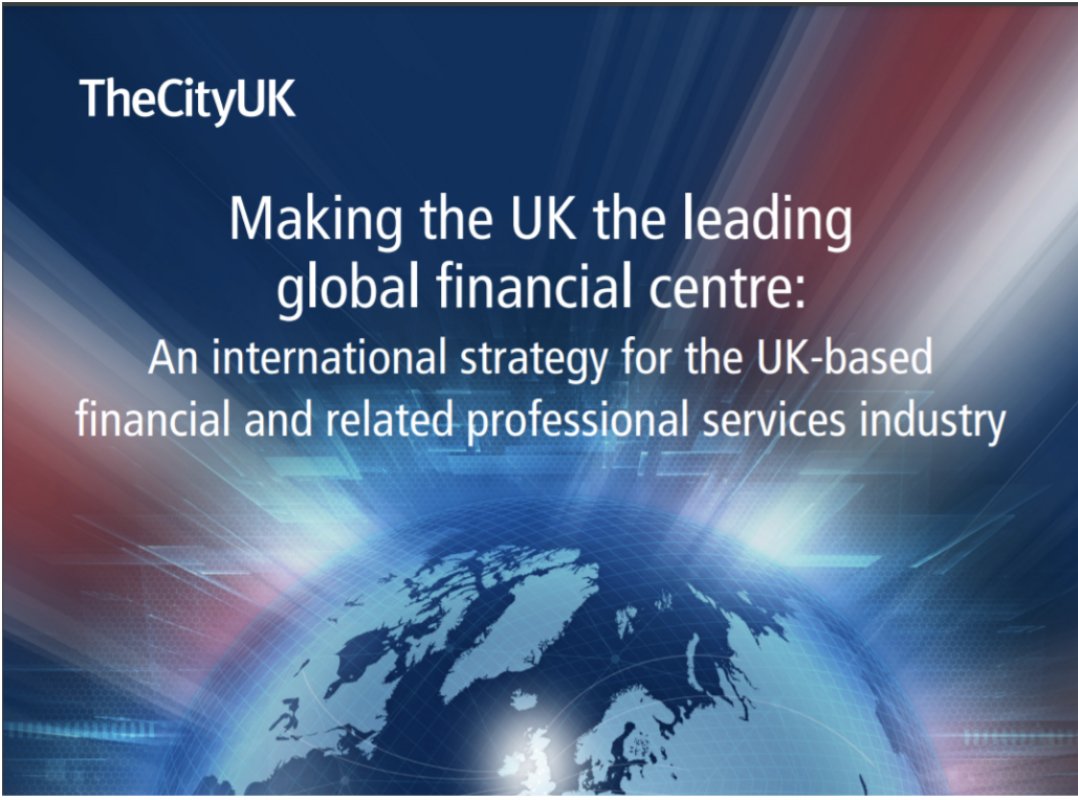 The strategy paper on Tuesday from TheCityUK reiterated some ideas already aired in government-backed reports and elsewhere in recent months as the City of London looks to recoup ground lost following Britain's departure from the EU.

"By some metrics, the UK is losing ground: London is currently slipping further behind New York each year while other centers are strengthening," the paper said.

The U.S. financial capital overtook London in 2018 in a leading annual survey, it said, adding that New York dominated in stock market listings.

"The UK, therefore, needs to adopt a relentless focus on strengthening its international competitiveness to win back the prize of being the world's leading international financial center," TheCityUK lobby group, which promotes the wider financial sector abroad, added in the paper.

Britain's departure from the European Union effectively closed London off from its biggest financial services customer, adding further pressure to catch up.

The finance ministry has already set out reforms to make London's capital market more competitive, and TheCityUK set a five-year target for London to "out-compete its rivals" by amending tax, visa, and other rules.

Britain's financial services minister John Glen said competitiveness is core to all the government is doing and it shared TheCityUK's ambition to grow the financial market as freedom from the EU offered a clear opportunity.

"It won't be about deregulation and looking to a race to the bottom as perhaps some anticipated," Glen told a launch event for the paper, adding that people were looking for incremental rather than radical changes in capital markets.

"We can be more nimble," Glen said.

Glen said he recognizes that taxing banks needs to be competitive alongside the United States and elsewhere.

The single most important issue for financial firms is being able to hire globally, TheCityUK CEO Miles Celic said.

"In conversations, we have had with the government, I think that is something that is absolutely understood," he told reporters.