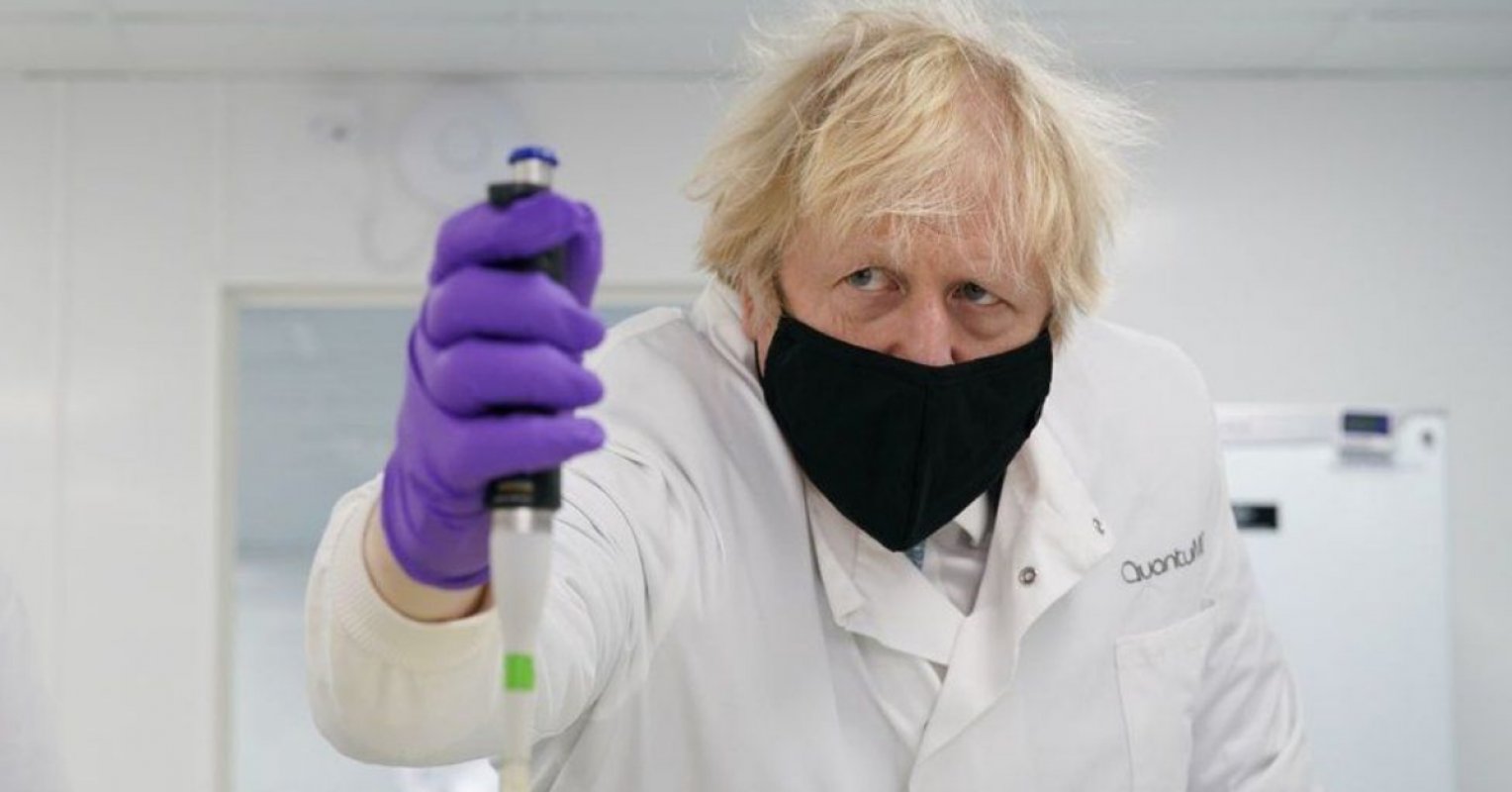 The prime minister has set out plans to cement the UK's place as a "science superpower".

Boris Johnson announced how increases in the research budget would be spent.

And Sir Patrick Vallance, the chief scientific adviser, will lead a new Office for Science and Technology Strategy.

The prime minister is said to want to build on the success of the UK's coronavirus vaccine programme and apply it to other areas. These include developing technology to reach net zero carbon emissions and curing cancer rather than simply treating it.

"There can't have been a time in modern memory where every family has owed so much to British scientists (in developing a vaccine)," Mr Johnson said during a visit to a laboratory in Hertfordshire on Monday.

Calling science ''the great liberator'', he added: "I've long believed that we can invest more in science as a country. And we want to use that public investment to trigger waves of private investment."

This government plans to put its money where its mouth is as it talks about plans to reinforce the UK's position as a global science leader.

The stated aim is to use the extra money to tackle societal challenges, such as the impact of climate change, level up across the country and boost prosperity around the world.

As ever though, with greater budgets, comes greater ministerial supervision - in the form of a new committee chaired by the prime minister.

On the one hand, it puts science at the heart of government, but on the other there's concern that there will be more political control on research budgets that could mean money being diverted toward pet projects - rather than spent on what is independently judged by experts to be the best science - as is currently the case.

The stated aim of the new Office for Science and Technology Strategy will be to push forward the government's research priorities. It will also identify resources needed to secure the UK's science capability.

Sir Patrick will take up the position of the new national technology adviser, alongside his other roles. These will include chairing a new National Science and Technology Council to help harness research for the "public good".

He said the changes would put science and technology "right at the heart of policy making" and said he looked forward to helping identify "cutting-edge research and technologies".

But James Wilsdon, who is digital science professor of research policy at Sheffield University, said the reorganisation carried risks: "Ministers and civil servants might have a bigger say over direction and priorities, at the expense of researchers themselves, who are typically better-placed to know where opportunities lie.

"It also raises questions about how much of the extra investment that the government has promised by 2025 will be channelled towards Whitehall projects, and how much will go through (the science funding body) UK Research and Innovation and into the mainstream of university research funding."

"Ministers have cut the budget for science this year leaving researchers and programmes in the lurch, and medical research charities have been left to fend for themselves during the pandemic," she explained.

"More government structures cannot disguise the fact the government has no long-term plan for UK science and is letting our country's researchers down."

"Boris Johnson blowing his own trumpet won't protect the UK's status as a science superpower - only a proper plan backed with long-term investment can do that."