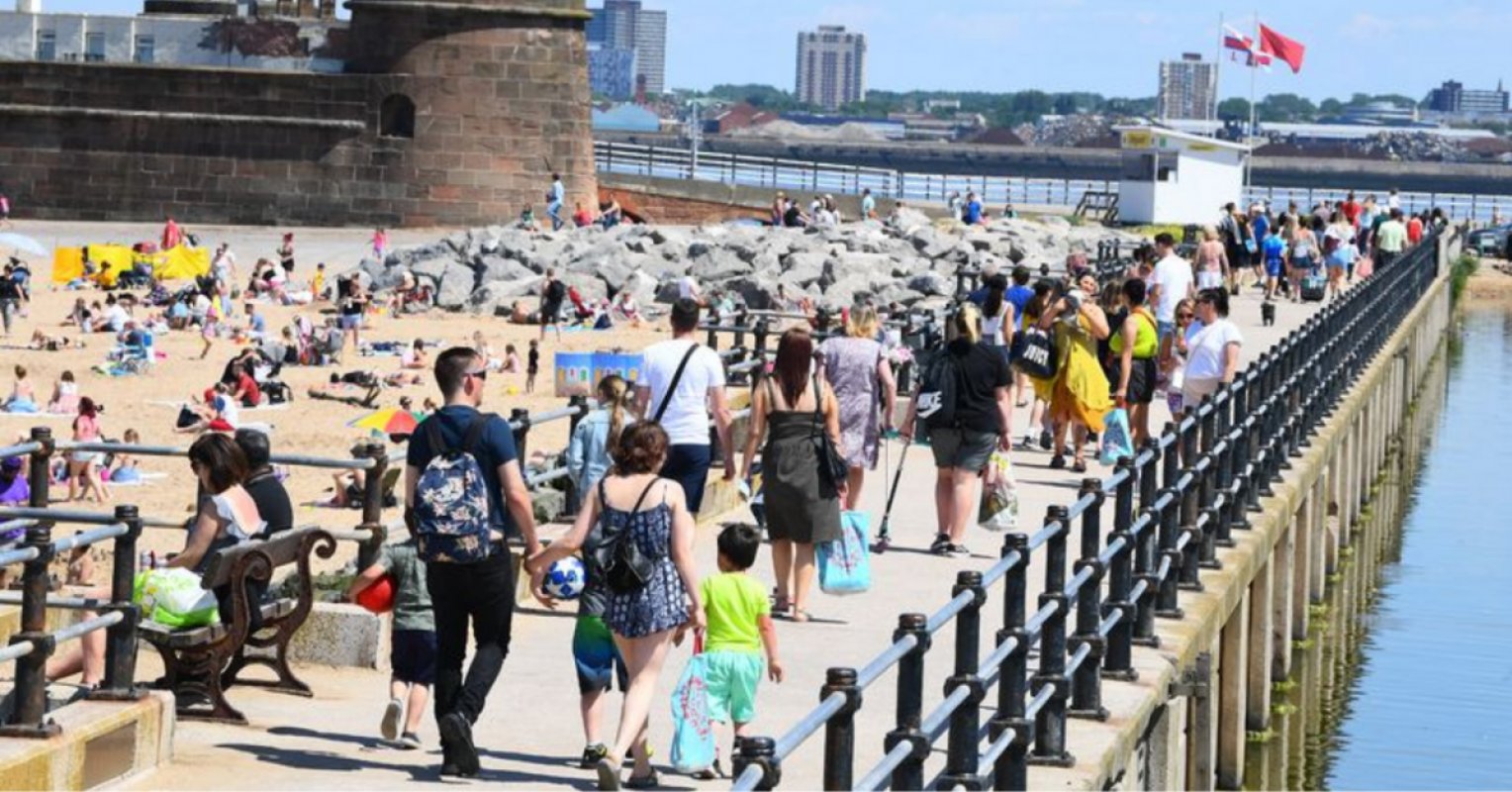 Dull weather has hit the UK, breaking a long stretch of warmer days across the nation.

The Met Office has issued weather warnings for almost all of England over the next four days with thunderstorms and flooding expected in some parts.

Storms began to build across the English Channel on Wednesday afternoon and reached the southern coast of England at around 7pm.

It brings to an end days of sunshine in which the public has revelled, with thousands flocking to parks and beaches to soak up the rays.

But according to some forecasters, we won't have to wait too long before the good weather returns.

The BBC long-range forecast states that from the middle of July onwards there will be "dry, settled, and warm spells that last for a few days."

And from Monday, June 28 "transient highs" are set to drift towards England from Northern Europe, with the potential of some sweltering temperatures.

Netweather forecasts highs of 36C in France on Friday, June 25, with the hot air due to move towards England that same day, bringing roasting temperatures to the UK.

Forecasters expect these mini heatwaves to be the weather that actually emerges in July, but the models also suggest there is a 30% chance that "several weeks of warmer than normal, dry, and largely sunny weather" appears instead, meaning Liverpool and the UK could experience a prolonged heatwave instead.