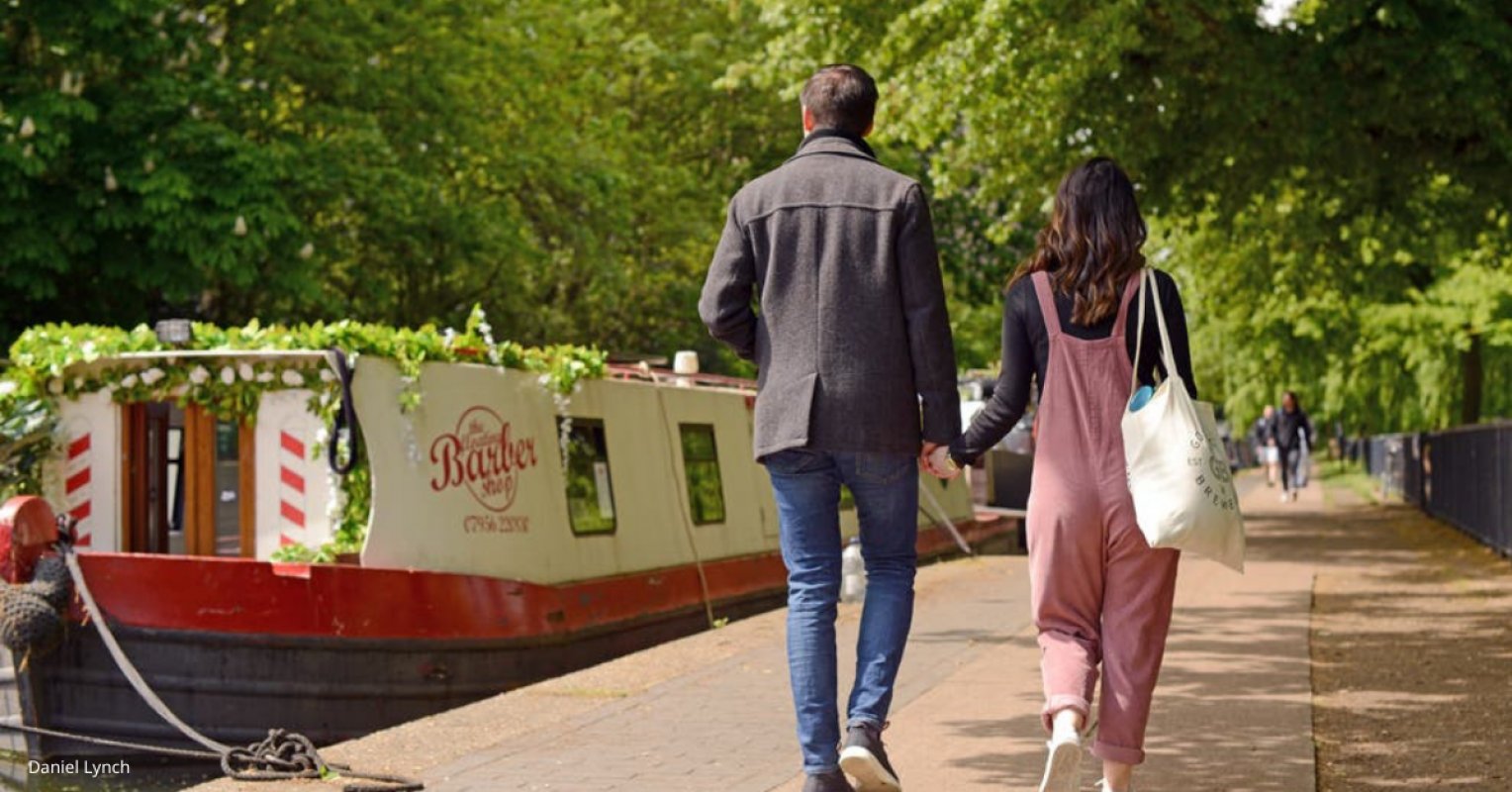 
As employers prepare for a gradual and maybe part-return to the office, employees will start planning their commute into work. With a fear of contagion likely to linger, for many this will mean walking or cycling and avoiding public transport where possible.

To mark Earth Day tomorrow exclusive research by Savills and Homes & Property reveals a collection of some of the most direct greenest (and bluest) routes from London villages into the major employment hubs.

“Only when their normal routines were disrupted by Covid-19 did people venture further on foot than they had previously. Creating a mental map of London in our heads makes walking, running or cycling more attractive,” says Tim Webb, trustee for the National Park City Foundation.

Check out goparks.london for an interactive map of the capital’s 4,000 parks to help navigate home-to-work routes and where to hop on the Tube to make distances manageable.

For those with injuries or disabilities active travel into work is more complicated. Visit London lists the most accessible open spaces in the city.

For adults with sensory processing disorder or additional needs that mean busy public transport can feel overwhelming, working some green space into your journey could have significant benefits. Planning and test runs will help reduce anxiety when it comes to trying new routes.

Stratford has been on an Olympian journey from the construction of Westfield shopping centre in 2011 to the sporting and cultural hub it is today, with its tech hub Here East, Theatre Royal Stratford East, the Stratford Circus, the Queen Elizabeth Olympic Park and Aquatic Centre and an ongoing pipeline of new homes.

Cyclists and walkers can plan a route from the town centre across the Olympic Park into Victoria Park, across Haggerston Park to Tech Roundabout at Old Street.


“After a year of being cooped up this is a natural reaction to the parameters of the lockdowns but exercising on your way to work is also a really efficient way of prioritising your fresh air and your fitness time,” he says.

Cycling or walking to work can be daunting, he continues, so break it down. Trial it first, can you get on the Tube early in the journey where it’s quieter, then walk or cycle the last bit through a park?

Talk to people in your office who already cycle into work and check out the cycle highways which are being built to make cycling safer in London. “You can’t force these things, lean into it,” he adds.

From the residential pocket of Shepherd’s Bush it is possible to cycle the leafy backroads of Holland Park and across Hyde Park to the boutiques and hedge funds of Mayfair.

Marc von Grundherr at Benham & Reeves says Shepherd’s Bush has a focus on shopping. “The main roads of Uxbridge, Goldhawk and Askew are lined with small independent shops, cafes and restaurants while the big brands are close by in the Westfield.”

A one-bedroom flat interior designed by Sophie Ashby is currently for sale for £795,000 on the third floor of the revamped Television Centre. Call Knight Frank, 020 3910 9736

Kidbrooke Village is the 5,000-home housing development in Blackheath underway. It sits in a newly created 136-acre park that features meadows and wetlands.

The prices start at £377,000 for a one-bedroom apartment and there will be a Sainsbury’s and Young’s pub onsite near Kidbrooke train station. Call Berkeley Homes on 020 8018 3065.

“The city is evolving to be better for cyclists. Increasingly the neighbourhoods we design use less space for cars and more for green space, pedestrians and cyclists,” he says.

Those south London residents commuting the other way can walk through Greenwich Park to the foot tunnel, over the Thames onto the Isle of Dogs and on to Canary Wharf.

Alperton near Wembley is part-former light logistics hub and part-residential neighbourhood consisting of family homes built between the wars.

The industrial element is being transformed into a 22-acre micro village of 3,030 new homes straddling the canal. The new site will also include a community centre, co-working space, a gym, nursery and light industrial warehousing.

This stretch of the Grand Union towpath has been opened up after being off-limits for decades and it’s possible to cycle along the canal all the way to Paddington in 30 minutes.

Highgate residents can start their day with a walk or cycle through Hampstead Heath. It is then a few miles through Primrose Hill into Regents Park, down to Baker Street and Marylebone.

Highgate comprises period multi-million pound townhouses around Pond Square and on The Grove.

For first-time buyers with a hefty deposit £450,000 will buy a one-bedroom converted apartment and £650,000 for a two-bedrooom pad.

“There’s a lovely village feel and you’re just around the corner from the heath and the swimming ponds. We get a mixture of buyers including families relocating from east London who want to be closer to schools like Highgate and Channing School.

“We also have international buyers who are drawn to central London but the like the size of home and space they get in Highgate,” says James Diaper, director at Savills.

Cycle through Richmond Park across Putney Heath and it’s then an option to jump on the Overground at Putney or cycle over Putney Bridge to Victoria.

The housing across these three villages ranges from towering Georgian townhouses in Richmond to Victorian terraces in St Margarets and 1930s families homes near Twickenham stadium.

“Here you are on a pretty stretch of the river and have 2,000 acres of green space at Richmond Park. At the top of Richmond Hill there are views one way of the City and the other is a protected vista of the Thames snaking out to Surrey, captured in a painting by Turner,” says Daniel Hutchins of Savills.

The Thames Clipper takes 30 minutes from Chelsea Harbour to Embankment (it’s £9.50 return and you can use a pay-as-you-go Oyster card).

The Chelsea housing market is relatively inaccessible close to the Kings Road so families and first-time buyers head to Sands End on the Chelsea-Fulham border.

“Most of the housing stock at Sands End is Victorian terrace or warehouse conversion. One-bedroom flats start from £500,000, two-bedroom flats from £650,000 and family houses from £1.2 million upwards,” says Barclay Macfarlane of Strutt & Parker.

Chelsea Creek is a new scheme with 1,239 new homes, shops and restaurants. New cycle-paths, river walks and 15 acres of parkland have been created along the river.