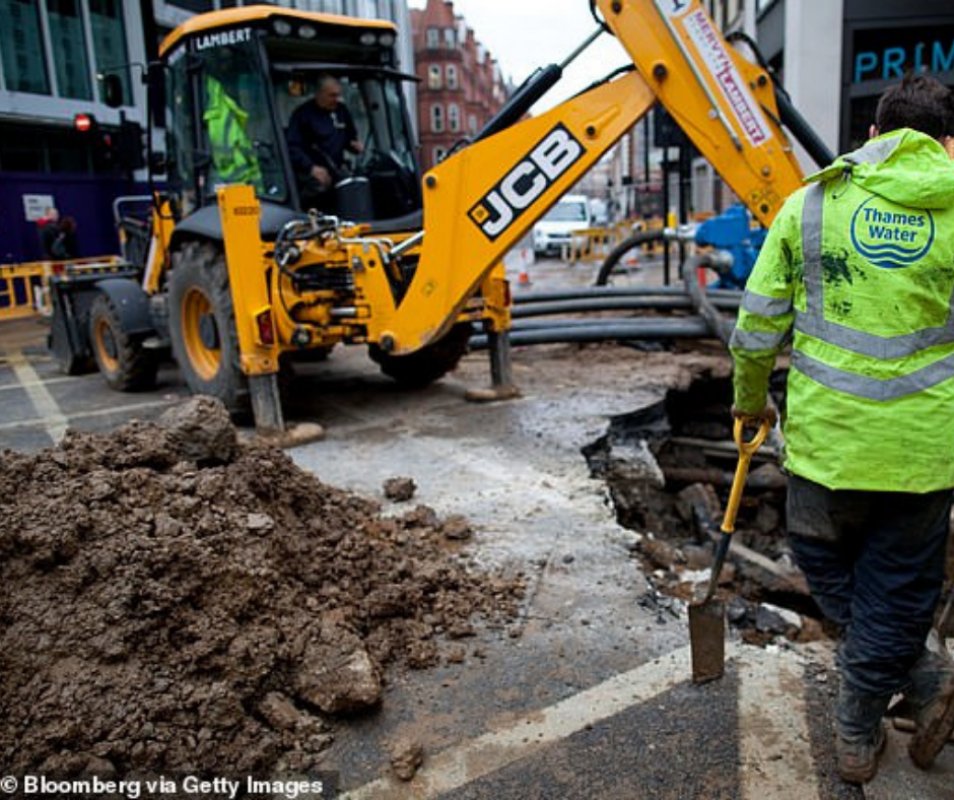 How Beijing is buying up Britain: Chinese investors 'have spent £134 BILLION on UK assets including infrastructure, private schools and FTSE 100 firms'

Chinese investors have spent at least £134billion on UK assets, including private schools, infrastructure businesses and top ranked British firms, it has today been reported.

Investors and businesses based China or Hong Kong  now own stakes in key infrastructure businesses such as Thames Water, Heathrow Airport and UK Power Networks, according to the Sunday Times.

As much as £57billion is also invested in FTSE 100 companies, according to the paper.

And, as previously reported by the Mail on Sunday, Chinese firms have also invested heavily in prestigious private schools - including Thetford Grammar School and Bournemouth Collegiate College - to the tune of around £10billion.

The Chinese spending spree has boomed since 2019, according to the paper.

Almost half of the purchases uncovered in its investigation with data provider Argus Vicker are said to have taken place in the last two years.

And at least £44billion of the purchases are by Chinese state-owned businesses, the paper reports.

It warns that, due to the difficulty in tracing some investments, the total investment figure could be far higher than the £134billion calculated.


He told the Sunday Times: 'This evidence today shows how dangerously we are sailing towards Chinese control of key aspects of our business.'

It comes as the Mail on Sunday earlier this year revealed how hundreds of independent schools left in dire financial straits by the coronavirus pandemic are being targeted by Chinese investors.

Experts anticipate a 'feeding frenzy' as firms, including some run by high-ranking members of the ruling Chinese Communist Party, seek to expand their influence over Britain's education system.

Seventeen schools are already owned by Chinese companies, but that number is set to rocket.

A key player in the market is Bright Scholar, which bought a number of schools and colleges in 2018 and 2019, including Bournemouth Collegiate School, St Michael's School in Llanelli, Carmarthanshire – where Justice Secretary Robert Buckland and singer Cerys Matthews were once pupils – and Bosworth Independent College in Northampton.

Bright Scholar is owned by Yang Huiyan, who is reportedly worth £20 billion, making her Asia's richest woman, and was founded by her father Yang Guoqiang, a member of the Communist Party's highest- ranking advisory council.

The Wanda Group, which invests in technology, real estate, hotels and the media, bought the schools in 2017 through City of Londonbased asset manager London & Oxford Group.

It was founded by Wang Jianlin, a former People's Liberation Army soldier who is worth an estimated £10 billion and is a member of China's senior Communist Party advisory council.

Two more schools – Kingsley School in Bideford, Devon, and Heathfield Knoll School in Worcestershire – are owned by China First Capital Group, which has senior Communist Party members on its board.

The firm's owner, Kong Lingtao, who claims to be a direct descendant of the Chinese philosopher Confucius, also boasts of his visit to Buckingham Palace in 2014, when he met Prince Philip.

Another company, Ray Education Group, bought Adcote School for Girls near Shrewsbury, Shropshire, and Myddelton College in Denbigh, Wales, in 2018.

On its website, Ray Education details plans to use its British schools to help expand to other countries as part of Chinese President Xi Jinping's Belt And Road strategy to boost China's global economic and political influence.

Under the heading 'international market', Ray Education says it is 'relying on British brand schools and responding to the Belt And Road call [of the Chinese government]' to target expansion in 'Malaysia, United Arab Emirates, Thailand, South Africa, Nigeria and other countries'.

Last year it was revealed by the Mail on Sunday that loyal members of the Chinese Communist Party were working in British consulates, universities and for some of the UK's leading companies.

Most alarmingly, some of its members – who swear a solemn oath to 'guard Party secrets, be loyal to the Party, work hard, fight for communism throughout my life...and never betray the Party' – are understood to have secured jobs in British consulates.

Among them is a senior official at the British Consulate in Shanghai. Its headquarters is also home to intelligence officers from the UK security services.

The official describes their role as supporting ministers and officials on visits to East China.

While there is no evidence that anyone on the party membership list has spied for China – and many sign up simply to boost their career prospects – experts say it defies credulity that some are not involved in espionage. Responding to the findings, an alliance of 30 MPs last night said they would be tabling an urgent question about the issue in the Commons.

Last month it was revealed the UK is to slash its aid spending to China by 95 per cent and spend what is left on pro-democracy activities.

The Foreign Secretary, Dominic Raab, said that the official development assistance (ODA) fund was being reduced from £18million to just £900,000.

The remaining cash will be used to 'fund programmes on open societies and human rights', he said in a written statement to Parliament.