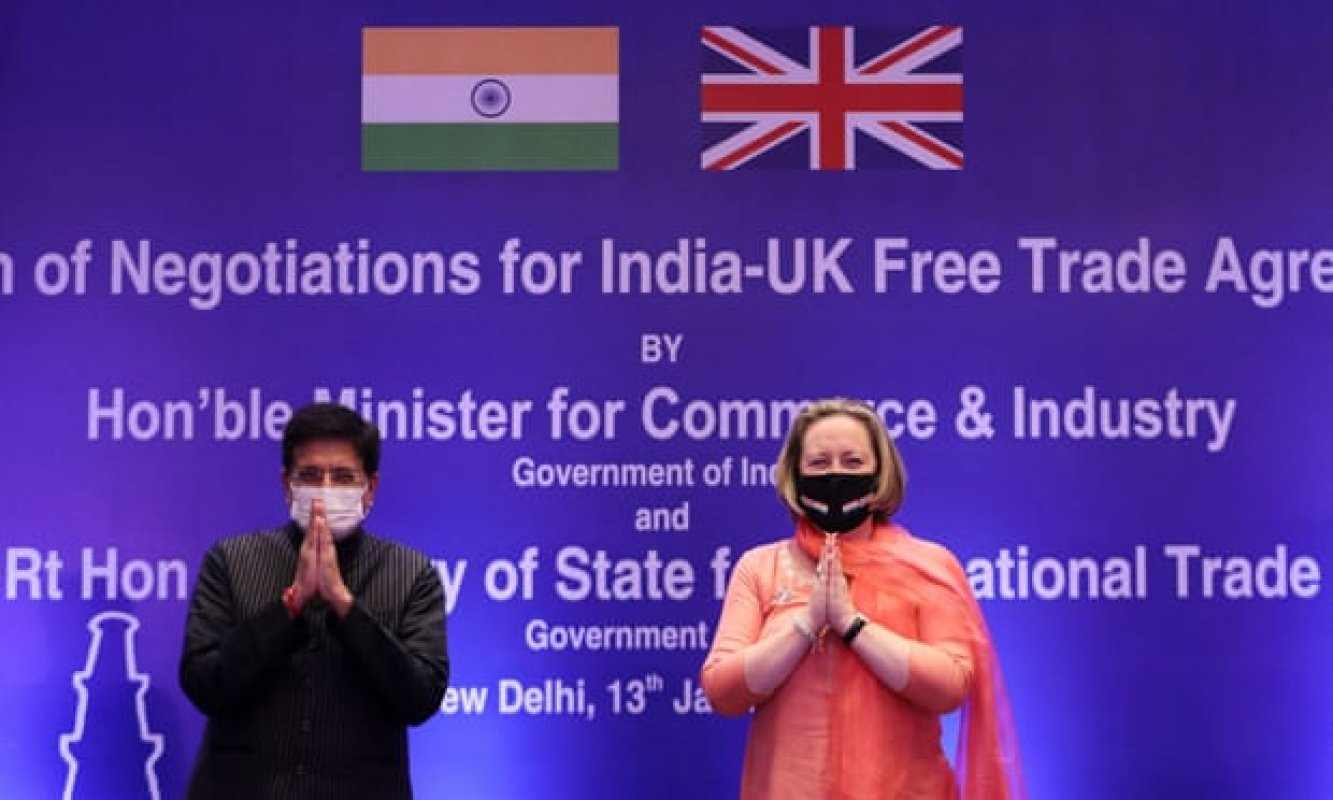 Gains from a UK trade deal with India could be on a par with those from an agreement with the US but risks exposing the economy to tougher competition, a report says.

The Resolution Foundation thinktank said successful talks between London and New Delhi had the potential to gain “first-mover” advantage in India and replicate the success of German manufacturing exporters to China.

But the report noted there was a risk of Britain’s business services firms – one of the economy’s strongest sectors – being undercut by lower-cost Indian rivals in a repeat of the hollowing out of US manufacturing by Chinese competition.

India has traditionally been one of the toughest markets to break into, but is forecast to become the world’s biggest importer by 2050. Anne-Marie Trevelyan, the international trade secretary, opened talks with India’s minister of commerce and industry, Piyush Goyal, earlier this month.

The move is part of a pivot towards trade with Asia following Britain’s departure from the EU and slow progress in talks with Washington. The UK is seeking to become a member of the Comprehensive and Progressive Agreement for Trans-Pacific Partnership (CPTPP) – an 11-nation group that includes Japan, Chile, Australia, Canada and Singapore.

Sophie Hale, principal economist at the Resolution Foundation, said: “While much of the focus has concentrated on becoming the first European country to join the huge CPTPP region, the far bigger potential economic gains and risks lie in more trade with the huge, rapidly growing, but still relatively closed Indian economy.

“Trade liberalisation with India is expected to boost UK manufacturing in the short term, but could also benefit business services, where UK firms already enjoy a competitive advantage, and where demand is set to soar.”

Hale’s report said UK firms exporting to India currently face far higher tariffs (19%, on average) than they do to the US (2%), providing far more scope for trade liberalisation. Securing a free trade agreement with India could also give UK firms a first-mover competitive advantage over exporting firms in the US and EU, which don’t have preferential access to the Indian economy.

India is forecast to become the world’s third-largest import market by 2050, while its demand for business, telecommunications and computer services – sectors where UK export firms already perform well – is expected to treble over the course of the 2020s.

“But India is changing as well as growing, so any trade deal means accepting uncertainty about the competition that will face UK firms, as the price for access to a fast-expanding market,” Hale said.