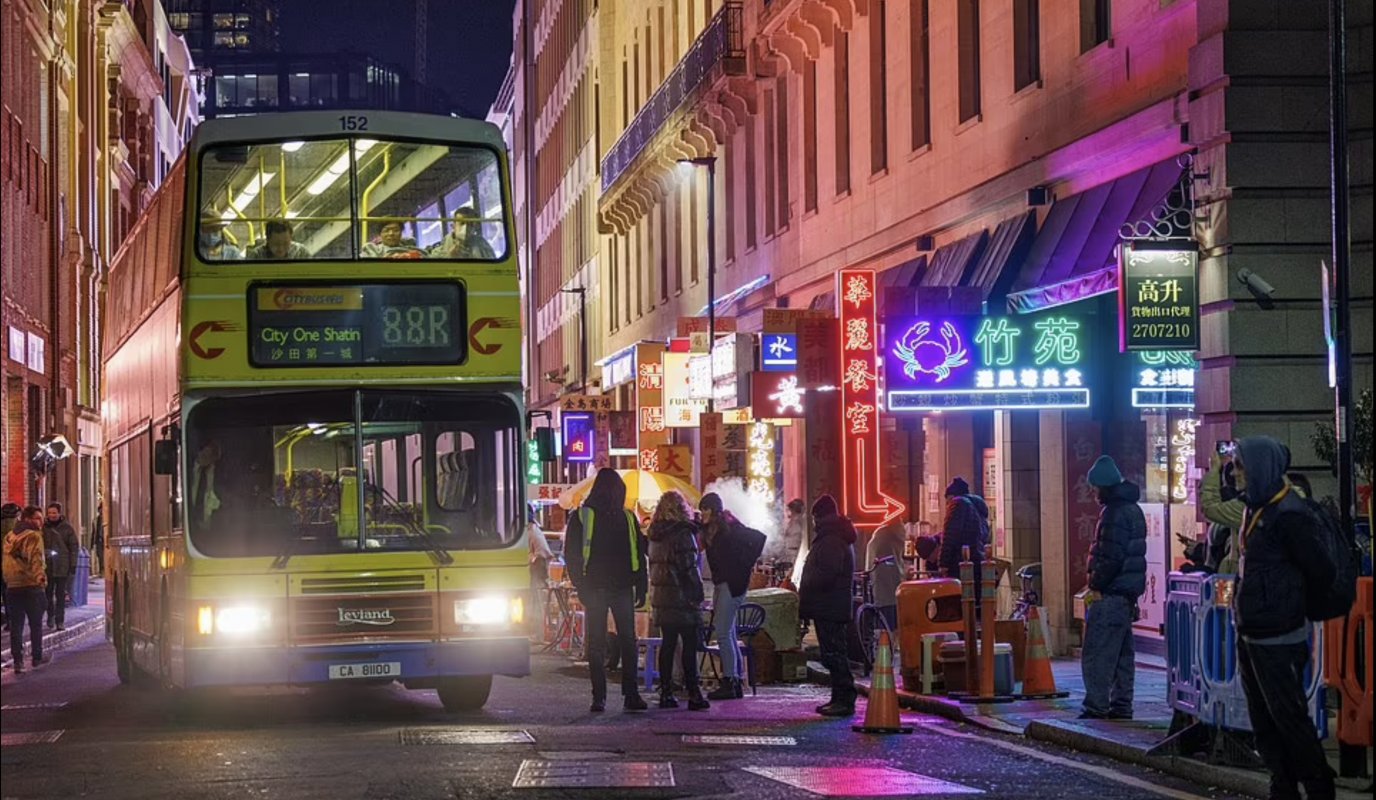 英國
Netflix has transformed London's West End into Hong Kong to shoot scenes for the highly anticipated fifth season of their royal drama The Crown.

The series, which will return to small screens in November next year, appears to be recreating the handover of Hong Kong, Britain's last major overseas territory, to the People's Republic of China in July 1997.

The handover of the region ended more than 150 years of British control over the territory and was attended by Prince Charles, the newly elected Prime Minister Tony Blair, then Foreign Secretary Robin Cook and Hong Kong's last governor Chris Patten.

Scenes show a diplomat being whisked along the street with a police escort, presumably ahead of the midnight ceremony in which the Prince of Wales read a farewell speech to the region on behalf of the Queen.

Previous images show the recreation at Elstree Studios of the emotional retirement of the Royal Yacht Britannia, which had its final journey transporting Charles and Patten back from Hong Kong after Blair vowed Labour would not use public funds to replace the vessel.

Patten will be portrayed by English actor Oliver Milburn while Dominic West will play Prince Charles and Bertie Carvel will depict Blair.

Images from the set show a government official being driven through a busy road decorated with signs written in Cantonese and lit up with neon lights as police cars trail the diplomat.

Between 1839 and 1842, British armies fought the opium war on behalf of drug traffickers against the Qing Dynasty. Their victory opened up the lucrative China trade to British merchants.

China's imperial Qing Dynasty gave the Island to the United Kingdom under the Treaty of Nanking on August 29, 1842, to end the First Opium War.

On July 1, 1898, Britain was granted 99 years of rule over the Hong Kong colony under the The Second Convention of Peking. The lease would allow Britain to also have sovereignty over the New Territories, which is connected to mainland China, together with 235 islands.

An international bilateral announcement, called The Sino–British Joint Declaration, was signed by then British Prime Minister Margaret Thatcher and her Chinese counterpart Zhao Ziyang on December 19, 1984.

According to the document, Hong Kong would revert to Chinese rule on July 1, 1997, under an administrative principle known as 'one country, two systems'.

The handover came during a turbulent period for the family, having faced much public scrutiny over their reaction to the the death of Princess Diana months earlier.

The Crown's fifth series will see Imelda Staunton take over the role of the Queen from Olivia Colman, while Lesley Manville is set to play her sister Princess Margaret, replacing Helena Bonham Carter.

James Murray will take on the role of Prince Andrew, replacing Tom Byrne, who played the Queen's second son in series four.

The final two series of The Crown will cover the Royal Family's history throughout the 1990s and into 2003 and expects to include the Queen making a speech on her 40th anniversary of her accession in 1992, in which she called the year an 'annus horriblis'.

She was referring to the breakdown of three of her children's marriages; Prince Andrew, Princess Anne's and Prince Charles' divorce from Princess Diana.