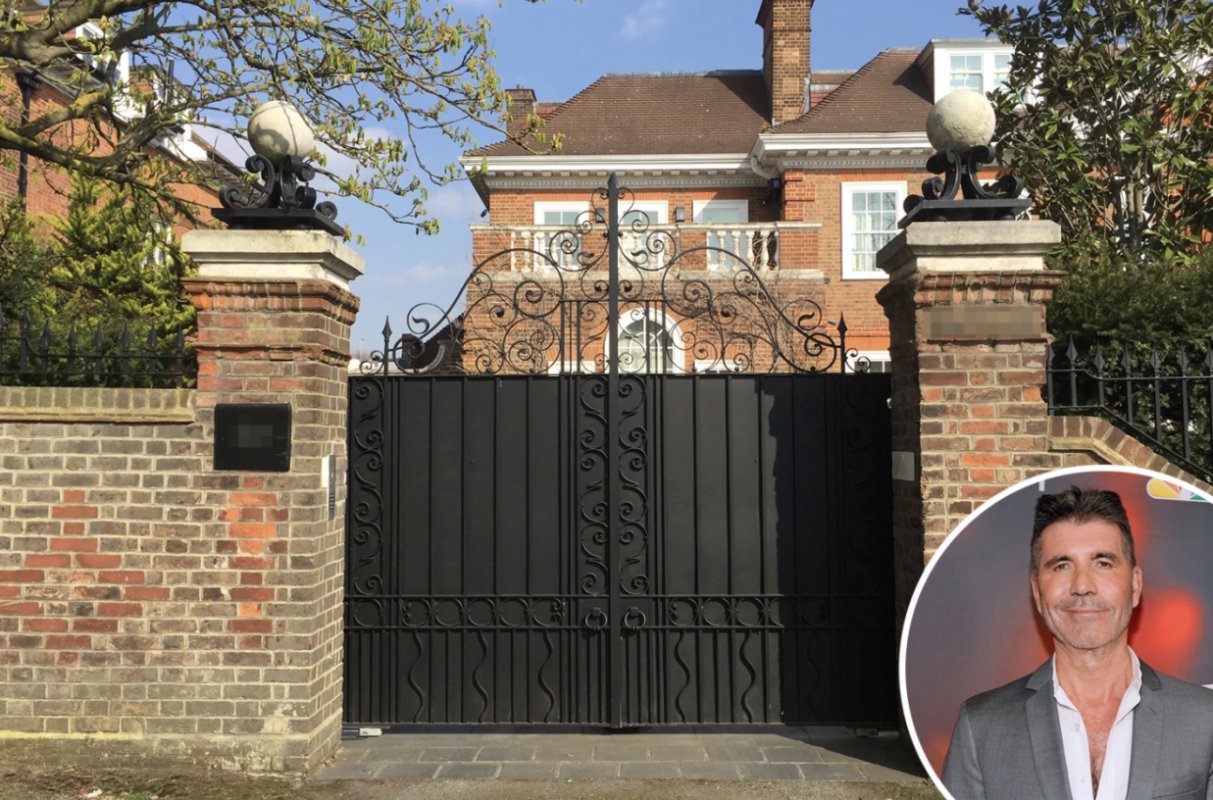 SIMON Cowell is set to make a multi-million-pound profit on his London home that he never really lived in.

The music mogul has put his Wimbledon house on the market for £18m, after buying the southwest London home for £15m in 2019. Simon bought the sprawling property for himself, partner Lauren Silverman, 44, her son Adam, 15, and their son Eric, seven.

But when they realized the 14-mile commute to Eric's school could take up to two hours, they decided to remain living in their six-bedroom home in Holland Park.

Simon first bought the huge home in 2019 and will make a £2mil profit in the sale after doing £1mil of renovations.

An insider told the Daily Mail: "Simon and Lauren fancied a change. They wanted to get out of central London and go somewhere a little leafier. They wanted clean air and to make it their long-term family home.

"They spent a lot of time and money on it, but things just didn't work out, so they have decided to put it on the market and stay put.

"Eric is settled in his school and they didn't want to move him, so they tried the journey and it was a nightmare.

"There was one particular trip that took more than two hours and it was at that point that the family decided not to go ahead with their plan to move."

Some of the renovations Simon completed included, removing ceilings, fireplaces, floors and also removing drywall to allow underneath brickwork to be exposed.

Simon's real estate profit comes as he promised The X Factor will return to screens after he revealed how much he missed the singing talent show.

He has said that when the show, which last aired in 2019, does make it's comeback it will be a "big event".

Speaking to OK! magazine, Simon said: "This year was the first year since we took it off the air, where I realised how much I’d really, really missed it.

"And I think the public do as well. It was - and is - a brilliant show. And there’s no question it will return."

The Britain's Got Talent judge continued: "I think we did the right thing in resting it, as it was a huge show to produce and I think people were tired."

"When it comes back - and it will - it will hopefully be a big event".

In July, The Sun reported that Simon had shelved the beloved talent show, which produced acts such as Leona Lewis, One Direction, Little Mix and Olly Murs, for at least five years.

At its peak The X Factor was regularly drawing in 12million viewers on Saturday nights.

But for now, Simon is focusing on a new big-money gameshow called Walk The Line.

Filming for Walk The Line begins this week and will see a range of budding stars show off their musical talents in a bid to get their hands on the £500,000 prize.

The twist in the series sees the top two performers from each episode decide whether to go home and settle for a cash prize or walk the line and play on in a bid to win the big-money jackpot.

Should they choose to stay in the competition, they’ll progress to the next show taking on a new set of performers.

The cash-out prize grows every night, meaning the risk of staying in the competition increases.