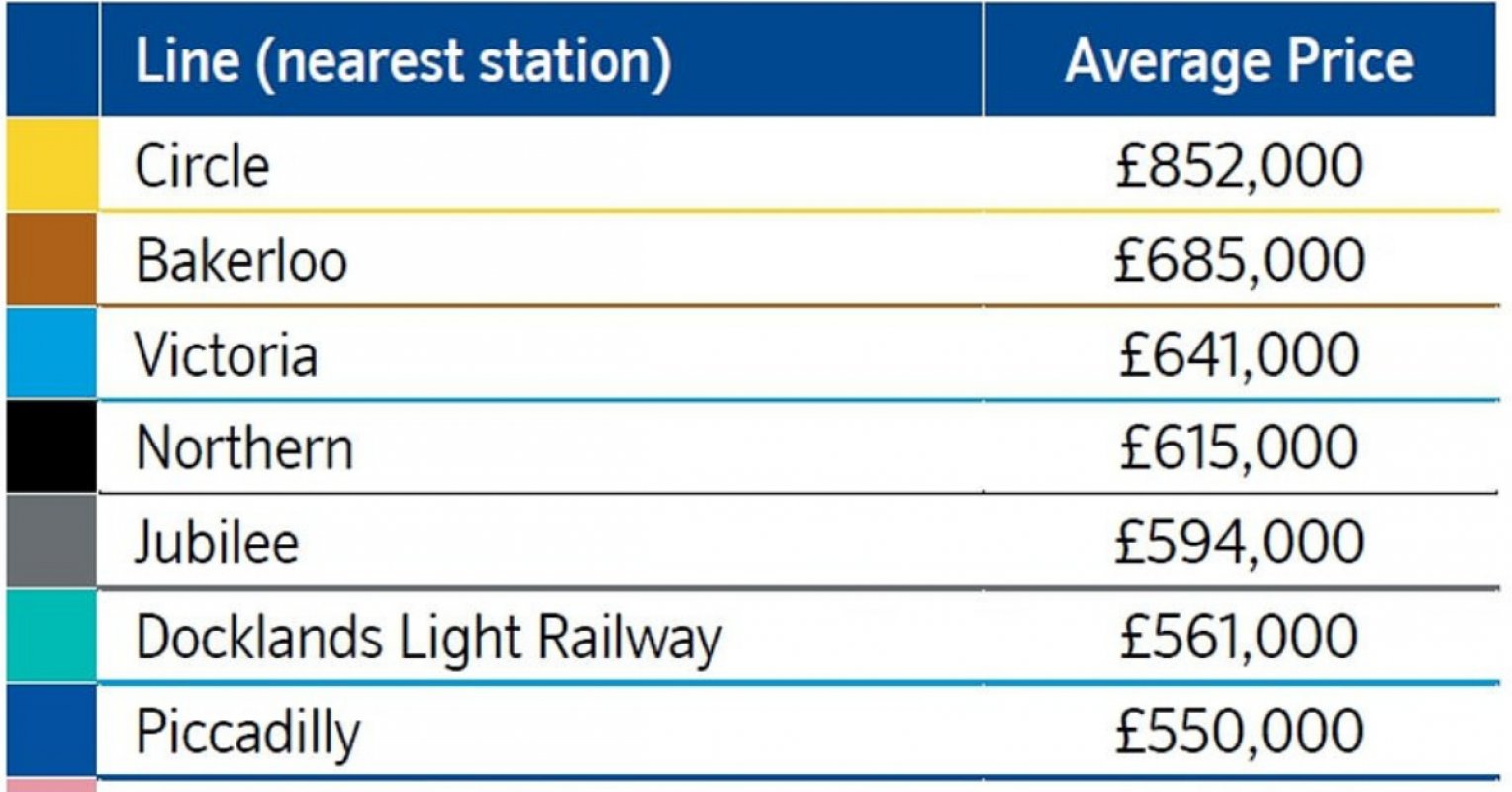 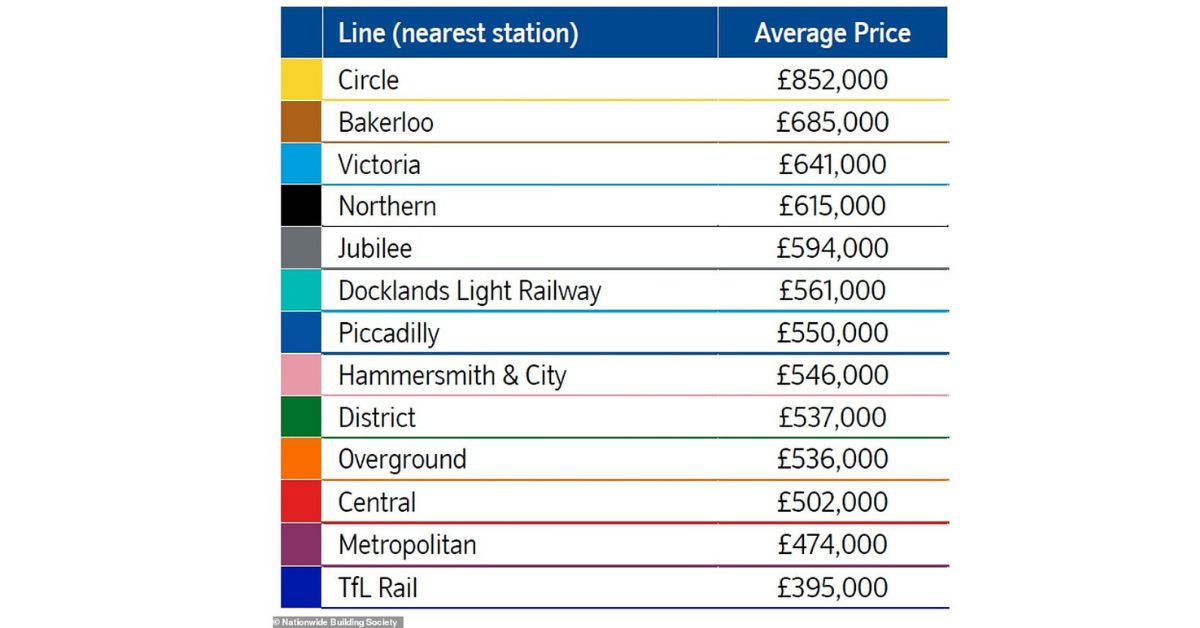 Going Underground: Circle Line stations have the highest priced homes in area with average property on market for £852,000 - while London buyers face £50,000 premium to live closer to Tube or rail stops

Circle Line stations have the highest priced homes in London with the average property on the market for £852,000 - while buyers in the capital face a typical premium of nearly £50,000 to live closer to Tube or rail stops, a study has found.

It found that people in London pay a typical £46,800 premium to be close to a station, while people in Glasgowpay an average of around £11,400 more, while those in Greater Manchester pay a premium of about £11,000.

Researchers found that premiums to be close to a station have been increasing in London and Glasgow in recent months despite the guidance on working from home across the country, but have shrunk in Manchester.

It comes as separate research revealed homes in England's market towns are now worth £36,000 more than other locations, with buyers typically forking out double for the privilege in the most sought-after spots.

Nationwide's senior economist Andrew Harvey said: 'London home buyers still appear willing to pay a significant premium for being close to a station compared with those in Glasgow and Greater Manchester.

'This probably reflects the greater reliance on public transport in the capital, with residents less likely to drive.

'The pandemic does not appear to have reduced the desirability of being close to a station in London, despite reduced public transport usage. Indeed, our analysis suggests the premium has actually increased slightly compared with pre-pandemic levels.

'We've also seen a noticeable increase in the premium to be located close to a station in the Greater Glasgow area, but in Greater Manchester, home buyers appear to be placing a little less value on being close to a rail or tram stop compared to before the pandemic.'

He added: 'It is possible that priorities for home buyers in the Greater Manchester area have changed during the pandemic, with a greater emphasis placed on things like local amenities and access to outdoor space.'

Looking at London, Mr Harvey said: 'The Circle line serves the capital's most expensive areas taking in much of central London and also parts of west London. Average house prices are around £850,000 in areas where the nearest station is on the Circle line.

'Of all the London Underground lines, average house prices are least expensive where the nearest station is on the Metropolitan line (£474,000). This probably reflects that it stretches towards the outer suburbs, with only a short section in central London.'

It comes as millions of Britons could be told to continue working from home past June 21 as the price for lifting the rest of the lockdown.

Last Friday it emerged that ministers are thought to be examining keeping the guidance for people to avoid unnecessary trips to offices and other workplaces to offset the spread of the Indian variant.

They were said to be hoping that this mitigation could allow the rest of the lockdown rules due to be lifted in less than a fortnight as planned, despite fears that hospitalisations and deaths could increase.

Last month senior government advisers warned against promoting a return to the office in summer amid fears it could encourage a third coronavirus wave.

Members of the Scientific Advisory Group for Emergencies (Sage) argued that working from is a simple and cheap way to reduce contact.

They said there is no need to rush back to offices because that drastically increases their contact with others. The current advice is to work from home unless being in the office is required.