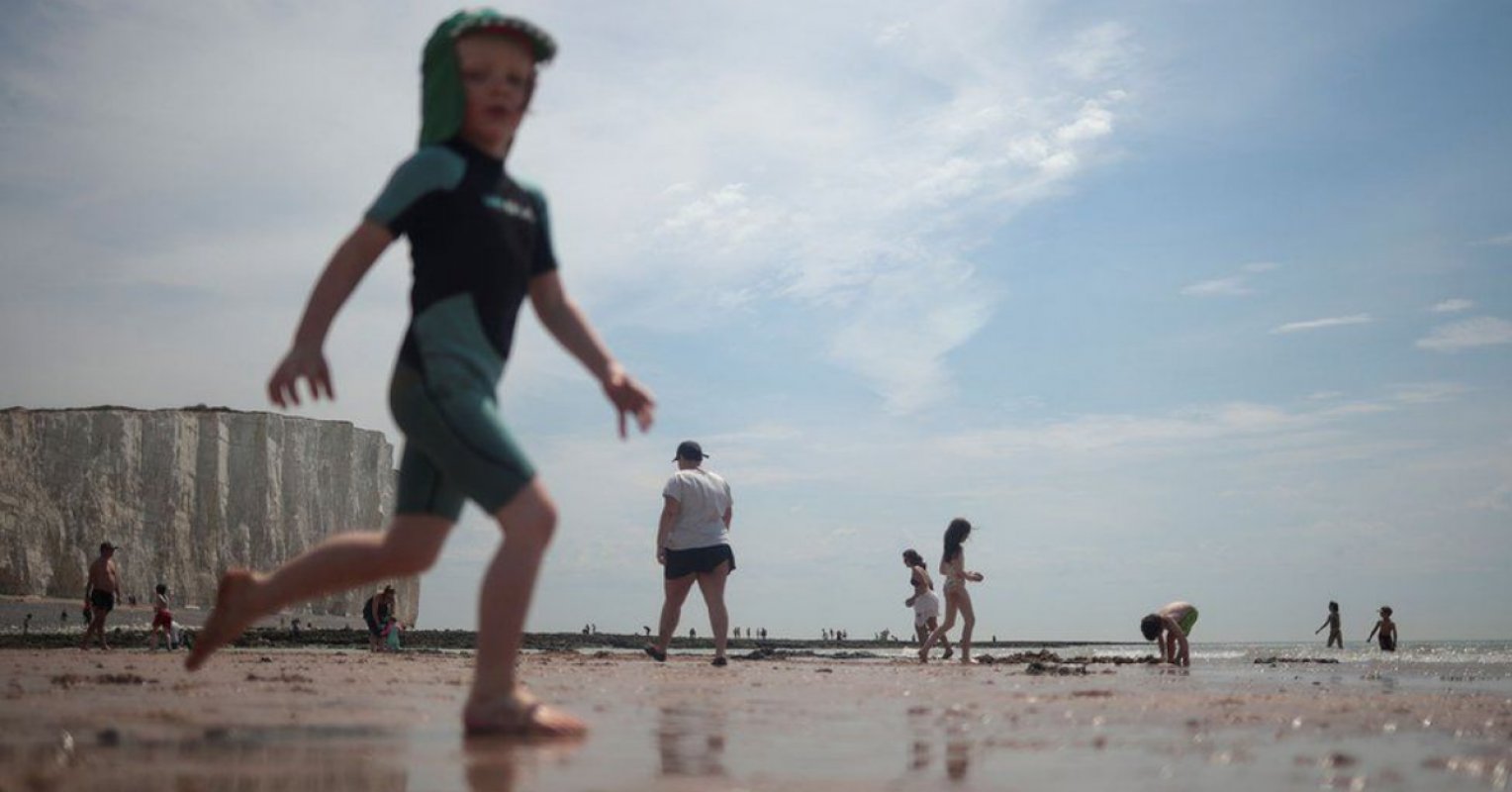 It has been the hottest day of the year in the UK for the third day in a row.

Temperatures reached 28.3C (83F) in Northolt, west London, on Wednesday afternoon. It beat the previous day's high of 26.1C in Cardiff on the first day of meteorological summer.

But there have been showers and even thunderstorms in some areas, with these spreading north as the day progressed.

More warm weather is expecting for many parts of the UK this week but it will then start to cool, forecasters say.

BBC Weather forecaster Billy Payne said it was also the warmest day of the year for Scotland, with Prestwick hitting 25.6C, as well as Wales, where temperatures reached 26.5C in Hawarden.

Parts of south-west England saw cooler temperatures however, with showers and thunder in some areas.

The forecaster said Thursday would be very warm again, especially in south-east England, with temperatures around 27C.

The weather will then be slightly more unsettled but will not be a return to the cold wet weather of last month.

The average for June is usually 21C, with the earlier days of the month around 20C.

After a rainy May, the good weather of recent days has come as a relief to many.

The UK has seen its fourth highest amount of rainfall on record for the month, with an average of 120mm (4.7in).